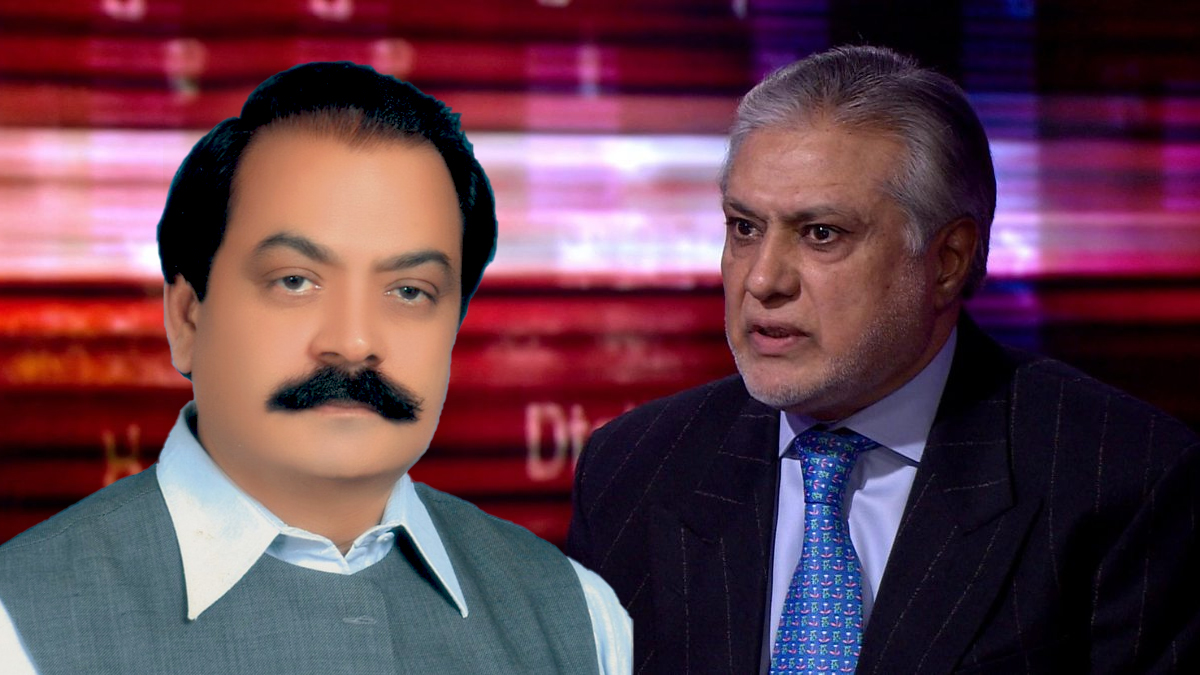 Ishaq Dar Is Advising The Government

Interior Minister Rana Sanaullah stated on Tuesday that Ishaq Dar, the PML-N’s finance expert, is advising the government on how to deal with the economic crisis.

Dar is aware of the current situation in Pakistan, according to a top government official.

Ishaq Dar, who is based in London with PML-N supremo Nawaz Sharif, was highly active and routinely appeared on TV screens giving his input on the economy during the early days of the coalition government, sparking a dispute about who should lead the finance ministry: Miftah Ismail or Ishaq Dar.

The country is in a crisis as the International Monetary Fund’s (IMF) $6 billion loan programme, which was blocked owing to policy breaches by the previous government, is being revived.

PTI Governement Has Signed A Deal Which Was Not Beneficail

According to Rana Sanaullah, the PTI government signed a deal with the IMF that was not beneficial to Pakistan.

“Despite the fact that our people’s financial situation is not such that we are burdening them more, they [PTI] agreed to abolish all kinds of assistance. With the IMF, they pledged no petrol subsidies.”

Administration Is Rescurring The Same Agreement

The current administration is resurrecting the same agreement with the lender that the PTI signed.

They have damaged the economy, according to Rana Sanullah, and it is now difficult to administer.

They used to criticise Ishaq Dar for managing the dollar rate, which had risen to Rs190 from Rs115 when the PTI administration took power.

“It has risen even more during our two-month stay.”

IMF Is Unwilling To Show Flexibility

The IMF, according to the minister, is unwilling to show flexibility, and the dollar rate is rising as a result of the delay in reaching an agreement.

“We requested that they allow us to phase out subsidies, but they refused. After the loan programme is resumed, we will lower the dollar to 182,” Rana Sanaullah responded to the PTI’s nationwide anti-inflation demonstration call on Sunday by saying that the people stayed away.

The minister urged the PTI to recognise its error and work out an economic agreement with the government.