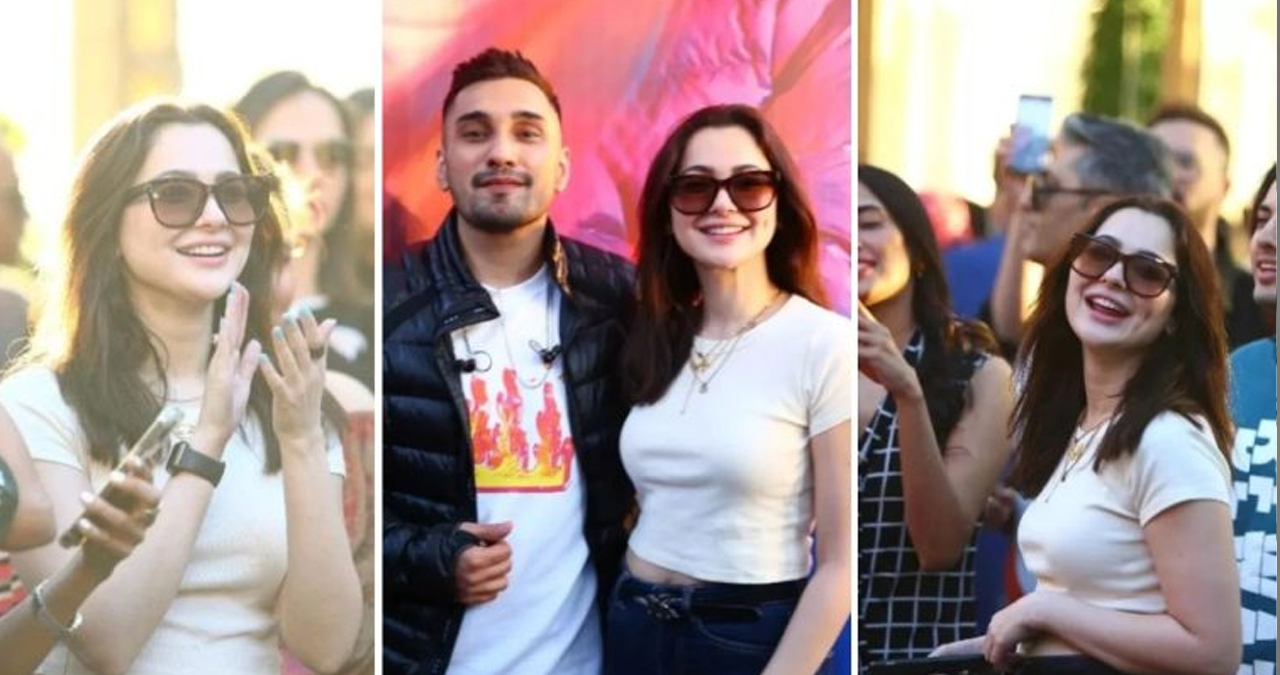 On Monday, Hania Aamir was seen at the Album launch of singer Uzair Jaswal.

With the two seen making videos and having pictures together, fans speculated that they were seeing each other.

While the two have kept mum on the affair, Hania and Uzair’s fans are going gaga with their ‘something-is-cooking’ thinking.

The famous diva was undoubtedly enjoying herself during the Karachi event. Some pictures and clips of the actor with Uzair Jaswal are all over social media, fueling rumours that Hania could be singer Uzair Jaswal’s next stop.

It is pertinent to state that Hania Aamir is one of the biggest names in the showbiz industry of Pakistan.

The diva is a household name, thanks to her beautiful looks and charming personality. The 25-year-old gave striking performances in hit drama serials like Ishqiya and Dil Ruba. The actor has also made a name for herself in the feature film Parwaz Hai Junoon.

Hania is popular for her lovely dimples and her bold and blunt personality as well.

The Lollywood star celebrated her 25th birthday recently, having a birthday bash with close friends and family. The star was an enthusiastic performer, smiling at her birthday bash.

Pictures from her birthday celebration went viral on social media. Accompanied by friends, Hania beamed with happiness as she posed for pictures and blew candles over the scrumptious cake. However, keyboard warriors and the moral brigade unnecessarily criticised Hania Amir and her wardrobe choices. It can be said without an ounce of doubt that the Parwaaz Hai Junoon star is a torchbearer for the future artists who are aspiring to be in glitz and glamour.

On the work front, Hania and Ali Rehman Khan are set to star in Wajahat Rauf’s film Parde Mein Rehne Do.