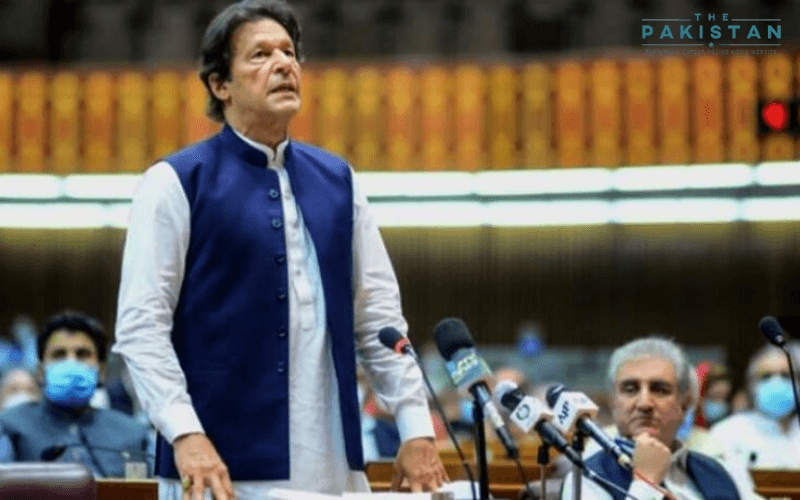 Prime Minister Imran Khan on Wednesday blamed India for the terrorist attack on the PSX building in Karachi during the early hours of Tuesday.

Speaking at the National Assembly, while addressing the fellow members, he said that the heinous act of terrorism was carried out by the India’s intelligence agency Research and Analysis Wing (RAW).

“What happened in Mumbai, they wanted to do the same; they wanted to spread uncertainty. We have no doubt this was done by India,” PM said. He was referring to the 2008 Mumbai attacks when terrorists killed around 160 people and took hundreds of hostages.

He said the country was proud of its heroes — police officers — who bravely killed the terrorists.

“They gave sacrifices and thwarted a major incident, which was planned by India to destabilise us,” he added. He said that terrorists came with a lot of ammunition and food supplies and wanted to besiege the PSX compound.

“My cabinet and its ministers know that all our agencies were on high alert. Our agencies preempted at least four major attempts of terrorism and two of them were around Islamabad.

“We were fully prepared … this was a huge win for us.”

However, he also pointed out that the attack was not a singular event but was complemented by similar acts on the Waziristan border, Peshawar, Lahore Airport and the Chinese consulate in Karachi.

Four terrorists belonging to the Baloch Liberation Army (BLA) stormed the PSX compound located in the financial district of the country’s largest city, Karachi on Tuesday morning at 10:02am.

They were carrying a large cache of auto weapons, bombs, grenades and a supply of food items.

However, the Sindh police, PSX security personnel and the Rangers abruptly killed all four before they could hurt any living person or damage the property.

Sindh police officers killed terrorists within eight minutes, clearing the building and vicinity by 10:10am.

Immediately after the incident was reported by the media, the BLA claimed responsibility for the attack. They said the attack was meant to target the Chinese investments in the country.