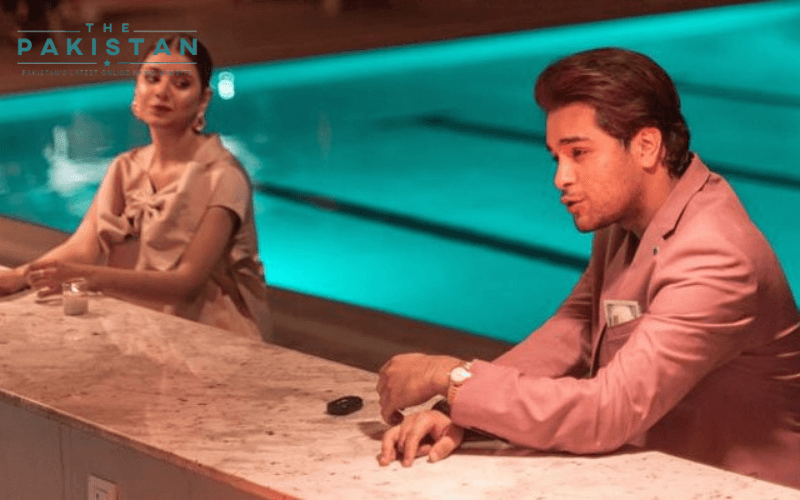 The song features some of the most famous and upcoming artists including Young Stunners fame rappers Talhah Yunus and Talha Anjum, Shamoon Ismail and Raamis.

Young Stunners are known for their freestyle rapping style and have taken the Pakistan’s rap music scene by storm by releasing hits one after the other in the last year.

Their collaboration with another rapper from the border, Kri$na, Quarantine was trending as the top song in Pakistan and has attracted more than 4.4 million views since its release on March 23.

Shamoon Ismail will also feature on the new track. Ismail is Islamabad-based singer, songwriter, who has introduced Punabi Blues genre to the local music scene in the country.

The music video will also feature TikToker Areeka Haq, who has 5.4m followers and 134.8m views on her videos on the social media platform.

Last week, Areeka Haq shared some of the behind-the-scenes images from the track’s video. However, Haq received a lot of negativity and hate for her appearance. Social media platforms launched a barrage of memes against her criticising singer Asim Azhar for choosing to cast a TikTok star in the video.

Responding to the hate on social media, Azhar said “It’s amazing actually… after lecturing on depression and mental health, the same people are now unleashing uncalled for hate against someone depressing her through their jealousy, hate and bullying”

In addition to Azhar, other celebrities including actress Saba Qamar, Yasir Hussain and Hania Aamir came out in support of Areeka Haq and Asim Azhar. They defended Azhar’s decision on casting the TikTok star in their song and shut down social media haters.