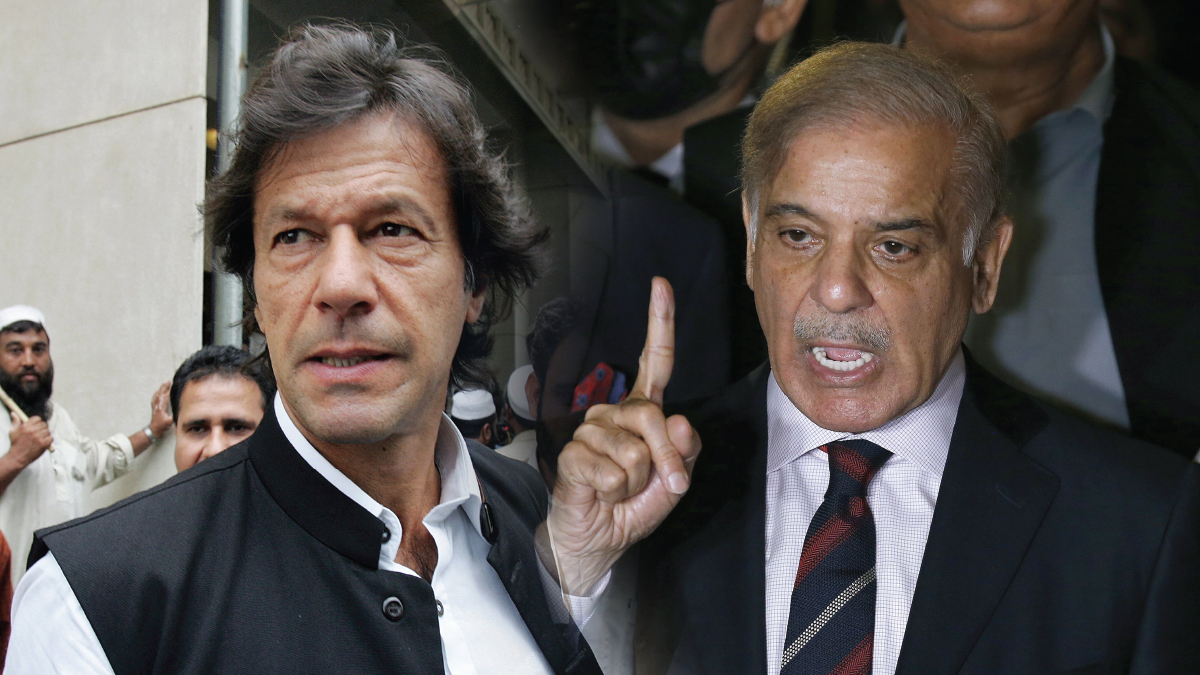 On Monday, Pakistan Tehreek-i-Insaf (PTI) Chairman Imran Khan was charged with seeking to “create havoc in the state institutions to escape punishment” in the cases that are still pending against him, according to Prime Minister Shehbaz Sharif.

PM Sharif responded to the audio recordings of the former premier, according to a statement released by the Prime Minister’s Office, and said that these recordings had exposed a “plot” against the government and its institutions.

Changing a diplomatic cypher, according to PM Sharif, is comparable to endangering national security, and he promised to hold those who “played” with national security responsible. According to the statement, the PM remarked, “Being a popular [leader] does not entail being free from the law; the law is equal for all.”

Shehbaz Sharif criticised Imran Khan’s campaign against the government agencies, saying, “A thief who has been caught in the act is maligning state institutions merely to escape punishment.” The conspirator [Imran] is attempting to bring chaos to [the] state institutions after causing unrest in the country, the premier continued.

Days after the federal cabinet established an inquiry committee to look into the scandal following the release of the two audio clips of Mr. Khan and his advisers, the premier made his comments regarding the cypher. The PTI head will be charged with crimes by a committee made up of FIA officials for allegedly utilising the cypher for political gain.

In a related development, Interior Minister Rana Sanaullah swore to protect the Red Zone despite rumours that the PTI chairman will declare his march toward Islamabad for “true independence” within a week.

Mr. Sanaullah cautioned that Mr. Khan was “unaware of what will happen to him and his supporters if they try to enter the highly-secure Red Zone” while speaking on television.