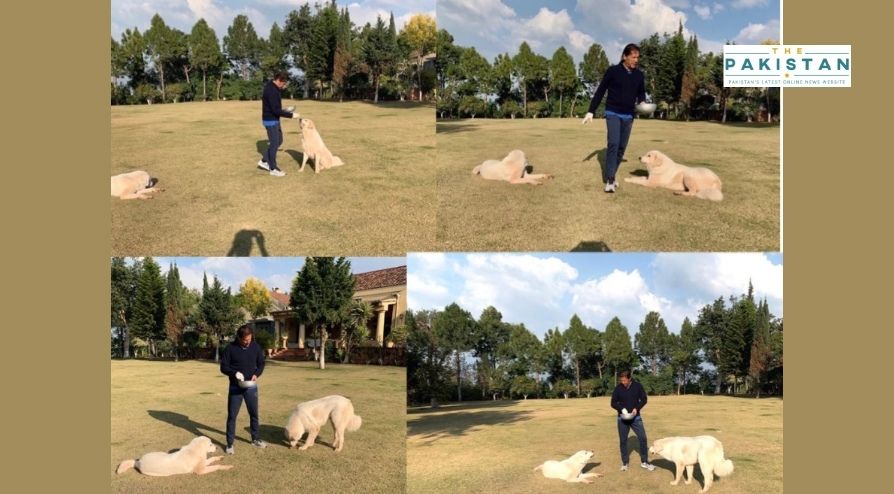 Just as the Pakistan Democratic Forum was bracing for a major showdown in Lahore challenging the government’s writ, Prime Minister Imran Khan was seen playing with his dogs at Bani Gala.

The pictures of him playing with the gods was shared on his social media account. He was wearing tracksuit and joggers and held a big pot in his hand, he was shown feeding the dogs while the opposition’s PDM was holding a public meeting at Minar-e-Pakistan in its ongoing drive to send the government packing.

He said that the parties failed to make any mark and their performance at the rallies was pathetic.

Let me once again reiterate: I will never give an NRO. Whatever future plans of further blackmail the PDM may have, my message is categorical: there will never be an NRO from my government no matter what tactics the looters devise, the premier said on Twitter.

He said that 11 parties collectively could not gather enough people to fill Minar-e-Pakistan. He said that the government did not stop them from holding rallies because the opposition later cries foul.

“Pathetic. PDM spent so much money, time, effort and displayed utter callousness by endangering people’s lives during Covid-19 spike – showing the scant regard they have for citizens’ safety & well-being. All this just to blackmail me into giving them an NRO to save their looted wealth,” the prime minister said in another tweet.

Tariq Jameel In Hospital After Testing Positive For Covid