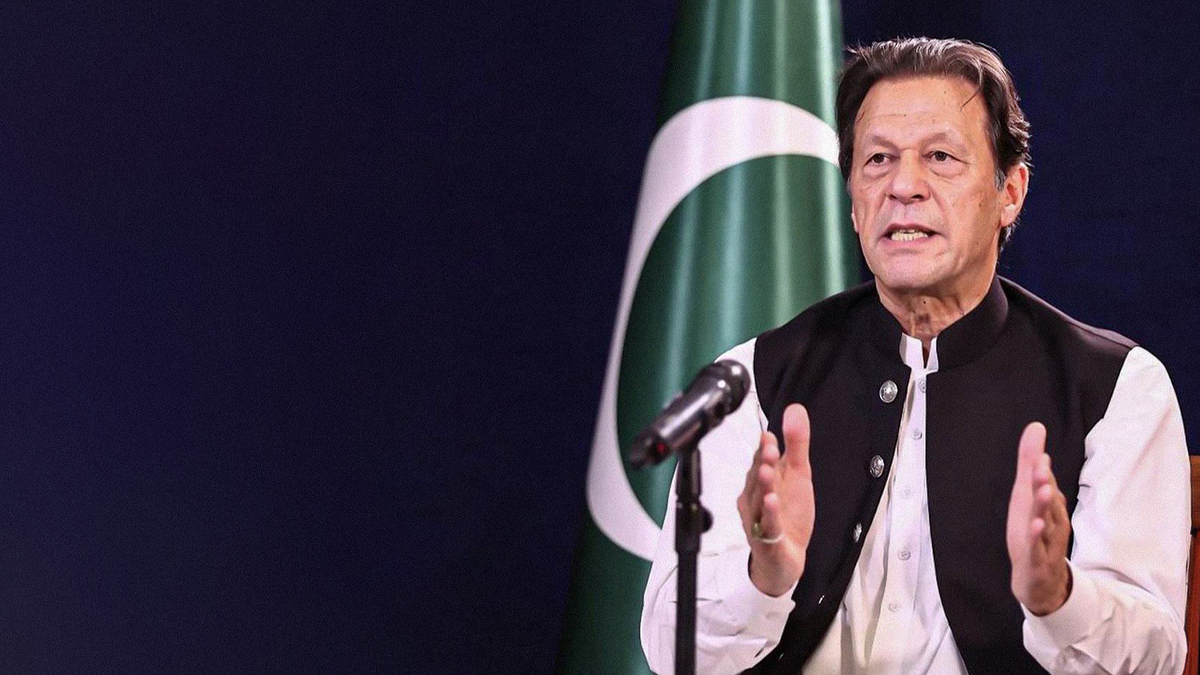 Imran Khan’s Address to the Nation

PTI chairman and former prime minister Imran Khan, in an address to the nation on Thursday, renewed his demand for snap polls as he warned that PTI’s patience was wearing thin.

“If we want to save the country from discord and chaos, free and fair elections need to be announced immediately,” he said.

At the beginning of his address, which was broadcast live on PTI’s social media accounts, Imran said that he had decided to talk to the nation today as he feared the government had no way to prevent the economy from collapsing.

“The second fear I have is that unless political stability arrives [to the country], there can be no economic stability,” he highlighted.

“The incumbent government does not have any credibility, both inside and outside Pakistan, especially in the financial markets,” the ex-premier alleged.

Imran said that the coalition government, when it first came to power, had claimed that economic stability would come once the International Monetary Funds programme was finalised. “But the conditions today are in front of the people.

Pakistan has Never Seen Inflation Like This: Imran Khan

“They agreed to all the IMF conditions and then came the historic inflation […] Pakistan has never seen inflation like this in its history […] the rupee is still depreciating and will continue to fall, until political stability arrives,” he pointed out.

The PTI chairman then said that the only way out of these crises was free and fair elections, asserting that delaying the polls would only lead to losses for the country.

“If anyone thinks that we [PTI] are facing a loss because of delayed elections, I can claim, that never in Pakistan’s history did a political party have popularity as much as PTI did. If there is one federal party that can unite Pakistan, it is PTI.”

PTI’s Popularity Could Not be Confronted

He said that “big criminals” sitting atop Pakistan had realised that PTI’s popularity could not be confronted.

Debunking the government’s claims that PTI left behind “landmines”, Imran recalled that when his party came to power in 2018, the country’s current account deficit was at $20 billion.

“We brought more dollars into the country and reduced our deficit, but propaganda is done again and again,” he said.

Criticising the government’s response to floods, the PTI chief alleged that the coalition allies did not have any road map or plan for rehabilitation. “We can only see them begging the world for money.”

Going on, he said that the prices of fuel and electricity across Pakistan were reaching their all-time high and warned that they would further increase in the near future.