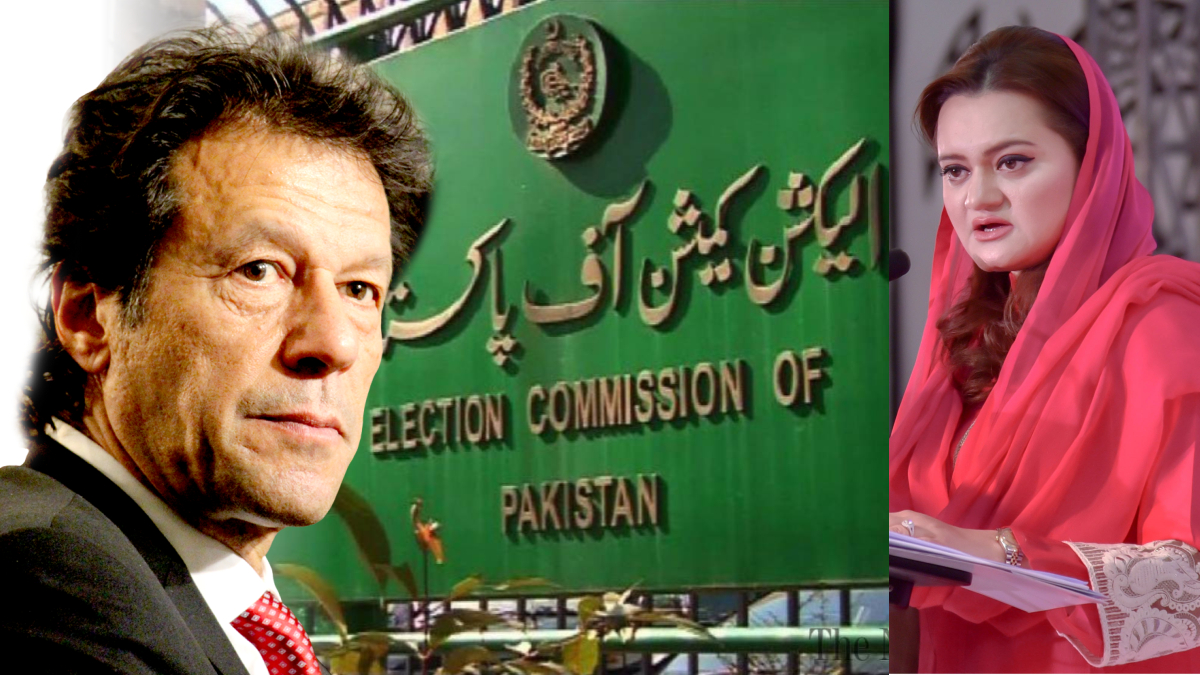 The report was released by the scrutiny committee of the Election Commission of Pakistan (ECP).

“If they (PTI) cannot present an investigation report in 16 months, how and when will they present the evidence,” she questioned.

Marriyum stressed that Imran Khan had no moral or legal grounds to continue as the prime minister.

“Imran Khan has to go after being proven a thief by the report.”

She said the scrutiny committee report revealed that Imran Khan hid 53 accounts. It proved, on page 9, that foreign individuals and companies funded Imran Khan, she accused. Marriyum asked the Election Commission to lock prompt legal action against PM Khan after the incriminating evidence proved him a certified thief.

She said Imran Khan was so obsessed with evidence that now “he should accept the evidence and resign.”

On the other hand, PPP’s Central Information Secretary Shazia Marri asked PM Imran Khan and the PTI to provide complete funding details to the ECP.

“Mr Khan, you have given details about 12 accounts. I have to ask where the details of the other accounts are?”

She said that the PPP had submitted complete details of its accounts.

On Twitter, Marri said: “Imran Khan, you have to give yourself up for the examination.”

Meanwhile, Federal Minister for Information Fawad Chaudhry, in a post-cabinet meeting press conference, said there was no question of foreign funding according to the report.

He demanded scrutiny of the accounts of all political parties, including the PPP and the PML-N.

He demanded the ECP put the facts of the foreign funding case in front of the nation, so the people could see which party was raising funds through illegal means.

“The report does not point towards foreign funding. It has been decided that there is no scenario of foreign funding,” the information minister said.

RIP Blackberry – end of an era for the classic cellphone