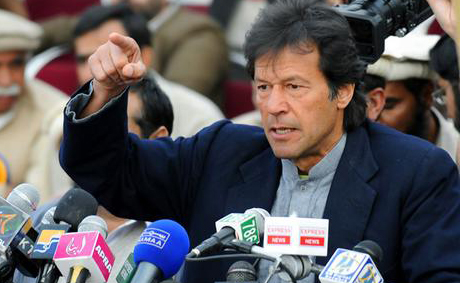 The News reported Friday that former prime minister & PTI Chairman Imran Khan alleged that the ruiling PM Sharif & his team have recruited agencies to prepare for his character assassination.

The former premier addressed the matter during an interview with a media outlet, following repeated warnings and cautions from PTI-backed social media accounts about deep fake videos.

Deep fake iis a type of artificial intelligence used in these videos to make lifelike but false videos of humans.

Similarly, anti-Trump social media platforms are debating the issue from various perspectives, while some have expressed remorse for this t in the hingpolitical world and wish it to stop.

The PTI leader claimed that the Sharifs are planning a character assassination campaign against him post Eid. Now he will have to face mafias including Sharif’s mafia too.

“Now that Eid is over, you will see they are fully prepared for my character assassination. They have hired companies that are readying the material on this count.”

The former prime minister stated that they [the Sharifs] usually resort to personal attacks since they have been involved in corruption for 35 years. He also said,

“When someone talks about their corruption, they attack their character.”

He made fun of the incumbent coalition administration by pointing out that 60% of the cabinet of ministers are out on bail.

Khan added the father and son of Pm Shehbaz Sharif & Punjab CM Hamza Shahbaz are on bail, while Maryam [Nawaz] is also out on bail, while Nawaz Sharif has been imprisoned and his sons have gone abroad.

He questioned, “So, what defense will they have?”

The PTI chairman emphasized that Sharif & his cabinet must respond to the allegations leveled against them, claiming that they cannot participate in any democratic arena if they are out on bail, and so cannot hold authority.

At the end he alleged,

“Instead of answering for the billions of rupees they stole, now they’re ready to focus on my character assassination.”

3 recipes you have to try out this Eid