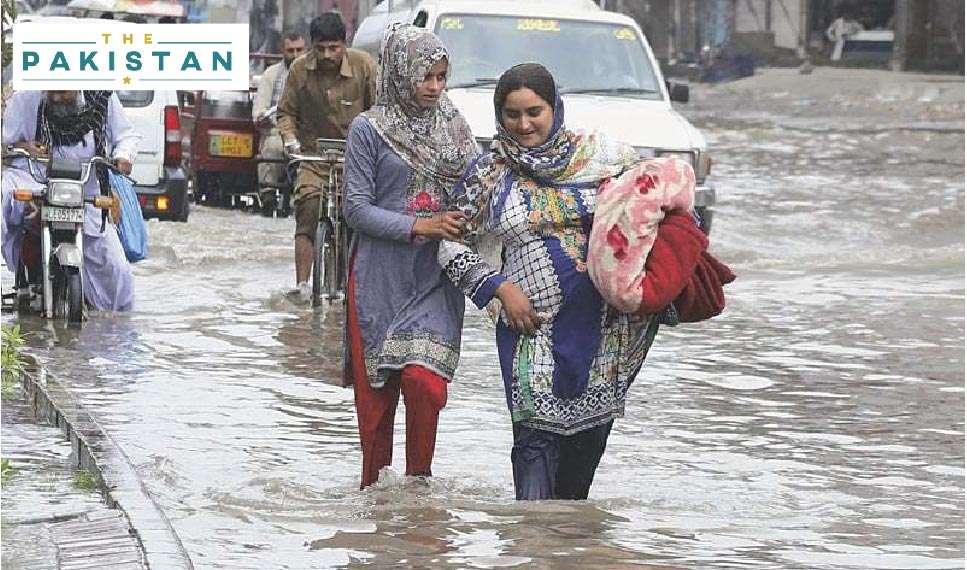 Southern parts of Sindh especially Karachi were battered by rains accompanied by thunderstorms as the fourth spell of monsoon rains that travelled from Indian state of Gujrat into Pakistan cooled the simmering heat in the province.

The weather system that travelled from India had earlier this week caused havoc on Mumbai drowning most of the city in the way. The same system has now travelled to Pakistan in the southern region beginning the downpour from Thursday and is expected to remain over the sky for the next week until August 17, according to weather forecasts for the region.

The massive rain spell was accompanied by thunderstorms and lightning which went on for more than 18 hours in the city. Meanwhile, Hyderabad, Karachi and other cities also saw water and filth pooling on streets.

Despite claims made by the provincial and federal government, the city was in chaos as main arteries were choked due to lack of adequate sewerage.

Meanwhile, most of the areas were without electricity as the city’s power utility company preemptively shut down feeders in some regions to avoid loss of lives from electrocution. Some KE consumers on social media complained they had to sit through outages which lasted for more than 14 hours.

As water pooled around the major arteries of the city, Sindh government, federal government, municipal corporation etc began pointing fingers at eachother instead of taking responsibility.

He further added that “the work of cleaning the drains of Karachi is going on on an emergency basis,” Wahab was quoted as saying.