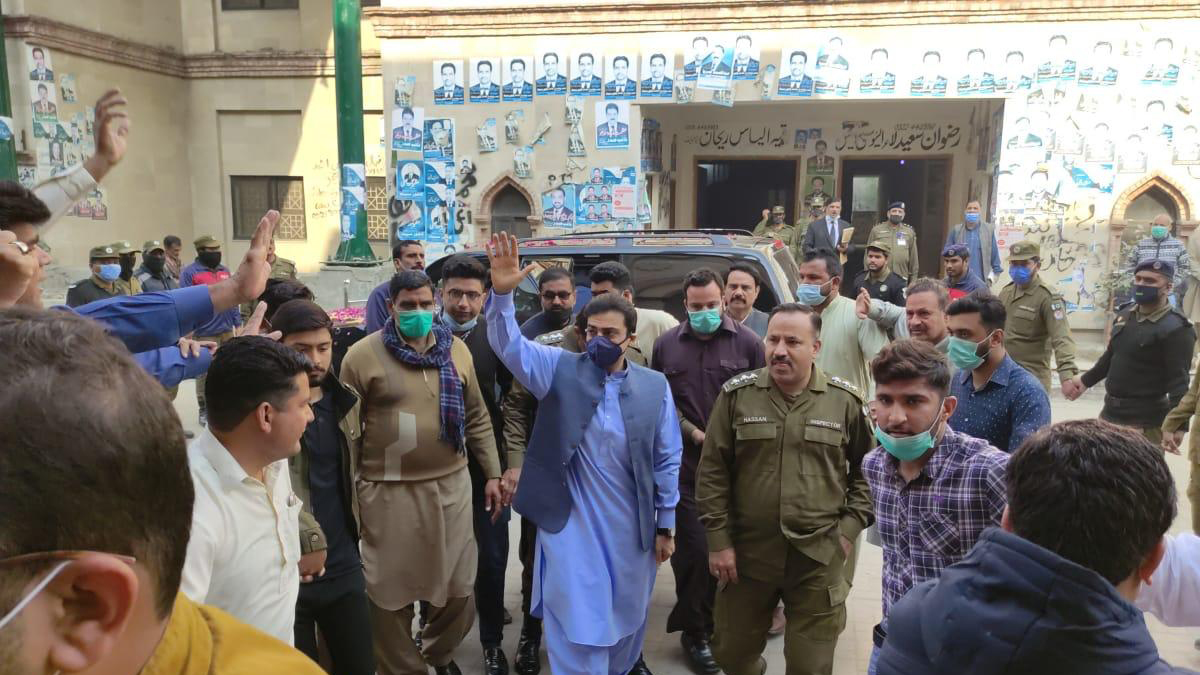 He appeared before the FIA two days after his father, Shehbaz Sharif’s appearance before it in the same case. Both, father and son, signed their surety bonds of one million each.

As per media reports, a five-member team of the FIA led by Director Dr Rizwan probed Hamza Shehbaz for forty minutes.

A huge count of PML-N workers had also shown up outside the FIA office to express solidarity with their leader.

The father-son duo has been accused of laundering a whopping amount of Rs25 billion using Al-Arabiya and Ramzan Sugar Mills.

The investigation team, on Tuesday, put 20 questions to the Leader of the Opposition in the National Assembly, out of which he could answer only four.

It is pertinent to mention that Hamza has been given bail by the Lahore Sessions Court till July 10.

Hamza was mocked over social media for his reply that he was unaware of who was transferring money into his personal bank accounts.

The PML-N leader also showed ignorance about who was depositing money in his personal bank accounts.

Hamza said that he had never met any engineers, contractors, and consultants involved in public projects in Lahore and was unaware of the reason for the employees Ramzan Sugar Mills flying abroad.

On the other hand, Federal Minister for Federal Education Shafqat Mehmood scoffed at Hamza Shehbaz for denying knowledge of billions of rupees deposits in his bank account.

He took to Twitter to express his annoyance and wrote, “Shahbaz Sharif and Hamza, both are unaware that who deposited billions of rupees in their bank accounts. What an amazing world. Money comes in and they don’t even know.”