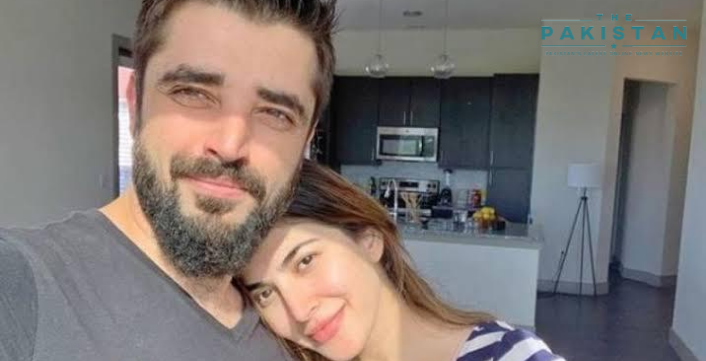 The couple have named their son Muhammad Mustafa Abbassi.

“Allah has blessed me and Naimal with a baby boy, Muhammad Mustafa Abbasi. I pray that he becomes a grateful servant of Allah, a good, humble & honest human being and may Allah bless him in this life and the next. Please pray for us,” announced Abbassi on his Twitter account.

In addition, sharing a picture of her son’s hand, Naimal on her Instagram account said “the most pure form of love.”

Hamza, a Pakistan film and television actor married Naimal Khawar Khan got hitched to each other on August 25 last year. While announcing his wedding to her — which came as a major surprise to both their fans — he said “I planned to say this after 25th but since the news is already out here i go. Yes, I am deliberately using this public attention to me and Naimal getting married to put a message across. I say these words with the sole intention that anyone who is going through the same turmoil and making the same efforts as me might take encouragement and get reassurance.”

“Some people get married for themselves because either they fall in love or because their lonely or maybe because of family or to have kids, these are also good reasons, but believe me when your sole reason is to please Allah then Allah makes a man like me, who could never sustain anything emotional with the opposite gender, could never comprehend the idea of marriage in his head, Allah makes that man go up to his very platonic friend for two years Naimal and tell her that he doesn’t want a relationship neither is he claiming to be in love with her but he wants to marry her with the intention of strengthening his very turbulent efforts to walk a path which pleases Allah and to my surprise she agrees not just to marry me but also expresses her joy in walking this path with me & now we cant even breathe without each other.”