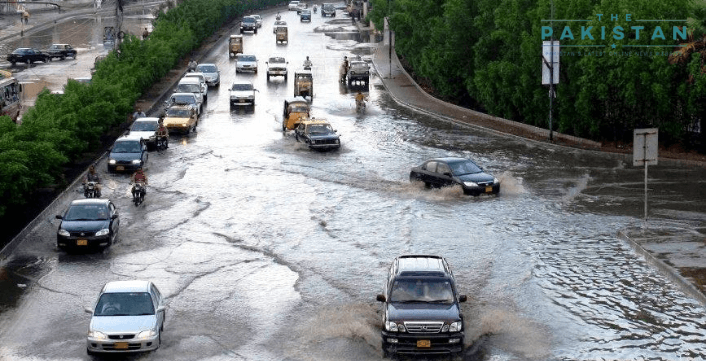 The Meteorological Department on Monday warned of urban flooding in some areas of Hyderabad and Karachi as it predicted three bouts of rain accompanied by thunder in the month of August — first one to begin on Thursday this week.

The rains, which are moving through the Bay of Bengal, are expected to approach the southern region of the country on Thursday.

“Under the influence of this weather system, strong monsoon currents are expected to penetrate Sindh, south Punjab and eastern Balochistan from Thursday (evening/night) to Saturday,” said the Met department.

In view of the issues that the rains could cause, Sindh Chief Minister Murad Ali Shah visited the metropolitan city to take stock of the situation and recommend steps to the authorities to prepare.

“The nalas are being cleaned every year, but due to encroachment issues, some portions are always left which causes them to choke during heavy rainfall,” the CM office added.

Moreover, the National Disaster Management Authority and the Frontier Works Organisation was ordered by Prime Minister Imran Khan to help the provincial government and the local government in Karachi to help clean the storm drains and clean the city’s sewerage systems to allow easy flow of water.

The NDMA and FWO began the work on Karachi on Monday cleaning up the city’s main arteries. NDMA Chairman Lt. General Muhammad Afzal said the army has also been called to help the authority.

“During August and the first few days of September, we are looking at minimising the damage that has already been caused. But Karachi’s problems can’t and won’t be solved by this. For that, we need to understand the problems of the city,” he added.