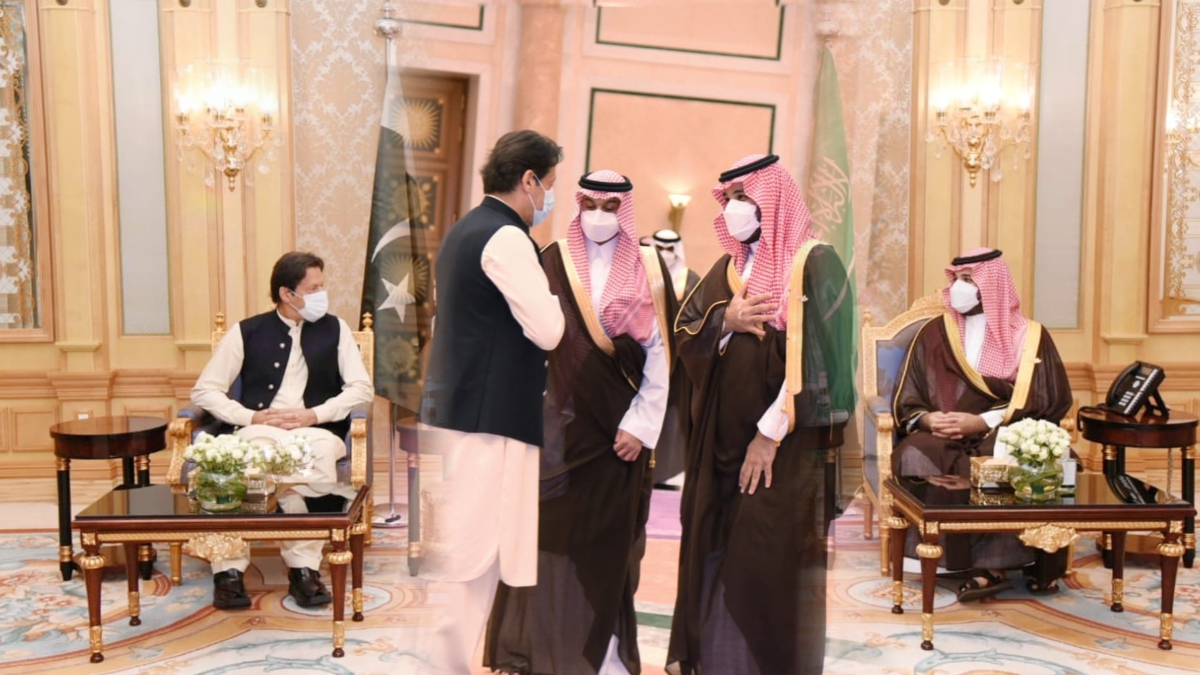 Prime Minister Imran Khan has showered praise on Riyadh for bringing forth initiatives to combat climate change, saying that the greening of Saudi Arabia is romantic and idealistic.

The summit was happening in the Saudi capital Riyadh, and it was hosted by Crown Prince Muhammad Bin Salman.

PM Imran spoke on the number of initiatives locked by his government in a bid to tackle climate change in the country.

“Greening Saudi Arabia is romantic, idealistic and I am all praise for you. I assure you all that we will share our experience of planting a total of two and a half billion trees in Pakistan.”

“Our target is to plant 10 billion trees. About 10 percent of the countries are responsible for a whopping 80 percent of world emissions,” the premier remarked while thanking Muhammad Bin Salman for inviting Pakistan to the summit.

Khan lamented that Pakistan was among the 10 countries that were most vulnerable to climate change.

Khan said Pakistan had taken scores of measures to cater to the effects of global warming and climate change – maintaining that Pakistan locked all its actions and didn’t wait for the world in this regard.

It is pertinent to mention that “Green Middle East” and “Green Saudi Arabia” initiatives were started by the crown prince in March 2021, intended at protecting nature and the planet.

The premier said Pakistan was focused on nature-based solutions. “Our country is the only country where mangroves cover is increasing which absorbs the highest amount of carbon emission.”

PM Khan said that his government had planned to plant a billion mangrove trees by the end of 2023.

He said that the number of national parks had surged by a whopping 50 percent during his tenure. “Our government has provided 85,000 green jobs during the Covid-19 pandemic.”

PPP to protest against inflation on Oct 29