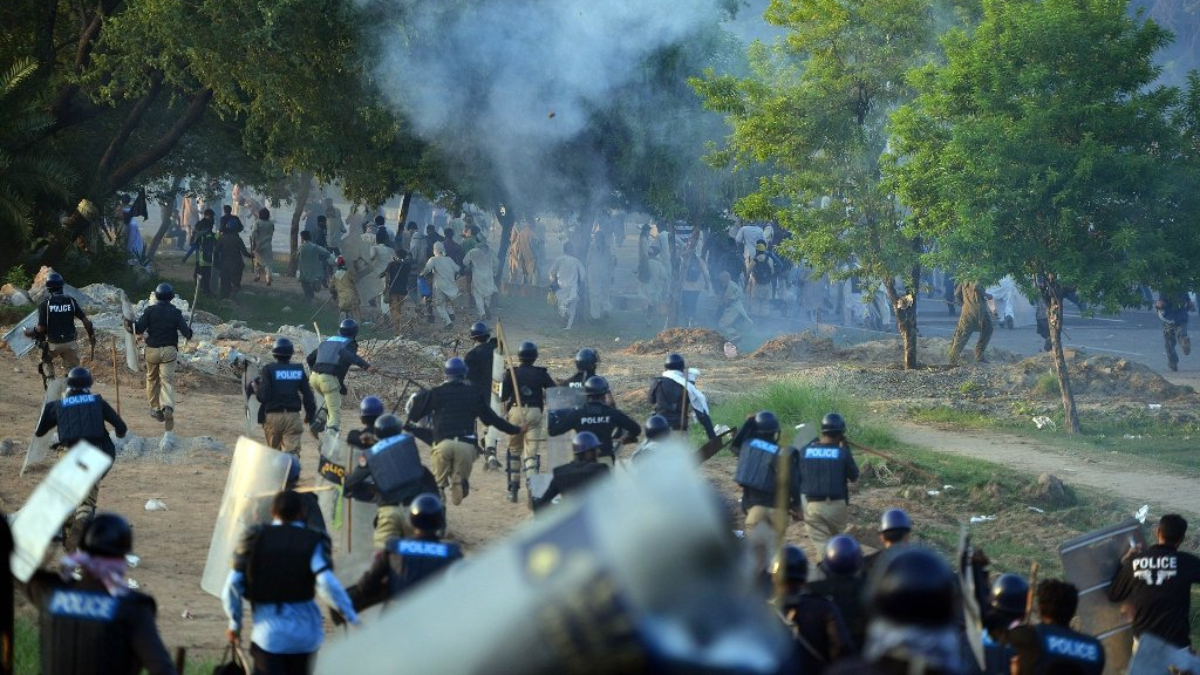 Soon talks were held between government and protesting employees at Defense Minister Pervez Khattak’s residence during which the employees were assured of 20% hike in salaries and immediate release of arrested people. The government delegation consisted of Khattak, Interior Minister Sheikh Rashid and Minister of State for Parliamentary Affairs Ali Muhammad Khan.

The scene quickly turned into a battlefield and to tackle the situation police had to use baton and teargas over the protesting crowd. At least 30 protesters were arrested and locked up across police stations under Section 16 of the Maintenance of Public Order Ordinance (MPO). Massive tear gas shelling on Parliament approaching protesters in 3-5 kilometre radius of the Red Zone led to suffocation in area and led to many feeling unconscious. Furthermore, all incoming roads were closed for hours together including Islamabad Expressway and Motorway.

Angry protesters demanded removal of containers blocking their entry into the Avenue towards Parliament House or threatened that they would themselves remove them. The agitation followed after overnight arrest of their leader Rehman Bajwa and nine others demanding increase in salaries.

Tear gas shelling was resorted to after the crowd managed to move towards parliament from Pakistan Secretariat. Protesters closed the Secretariat doors and brought the federal functioning to a standstill and also at one point cornered Federal Minister for Information Shibli Faraz.

Interior Minister Sheikh Rasheed has said that government is standing by its words and the protesters have reverted on the agreement. He said, “We dealt with this correctly, we are increasing the salaries of 95% employees at an average of 40%.” He added that government has agreed to give salary hike to government employees from Grade 1 to 16. He said that as government was about to release the notification in this regard, the employees demanded salary hike for Grade 17 to 22 as well.

Official sources say that on ad hoc basis, the salaries of employees from grade 1-16 must be increased by 25%. The proposal may be finalized by finance ministry in a day and sent to prime minister and finance adviser for approval.