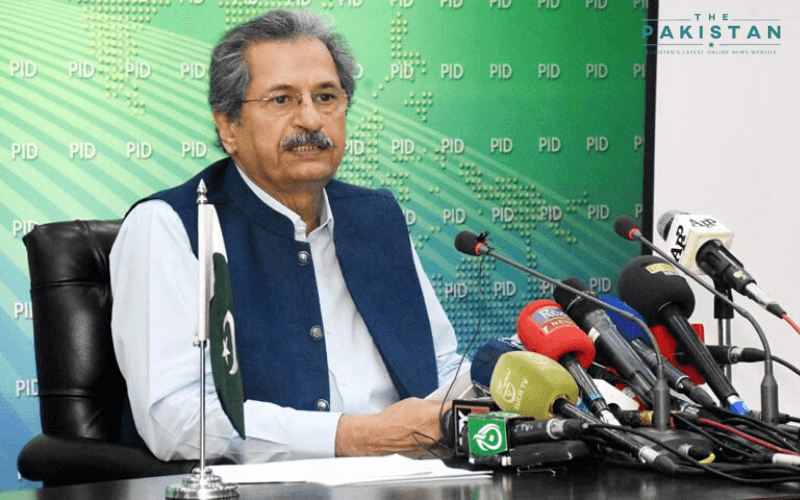 Education Minister Shafqat Mahmood on Thursday announced that the educational institutions across the country including schools and universities will be allowed to reopen from September 15 in line with the recommended standard operating procedures (SOPs).

The decision to reopen education institutions comes after a five-month shutdown due to the Covid-19 pandemic.

Mahmood said consultations on the decision to reopen institutions will be held with all stakeholders including school representative bodies, provincial governments and students. Moreover, he said September 15 is a tentative date to reopen schools as the government will examine the pandemic situation in August and decide accordingly.

He warned that if the number of cases continues to rise in August or September, the decision to reopen education institutions will have to be reviewed.

In addition, he said the schools could not be opened in July or August because of the Eidal Azha and the Muharram proceedings, which are likely to cause an upward spike in the number of Covid-19 positive cases.

Regarding the SOPs for the schools, he said that strict guidelines will be issued to all private sector schools to follow on the premises. He said the government is currently looking into various options including conducting open air classes or scheduling classes for each standard on alternate days to decrease the number of students in a school at a given time.

He asked the school administrations to call in their staff and faculty members to come in before September 15 so that they can understand and follow the SOPs in time for the schools to reopen.

In addition to reopening of schools, the government also allowed institutions i.e. schools, colleges and universities to conduct examinations that were earlier scheduled to be held in March this year.

He said the umbrella framework for the SOPs under which institutions can be allowed to impart education will be created by the federal government whereas the provincial governments can alter any procedure which they seem fit according to the respective situations.

PIA to resume regular flights to UAE from today