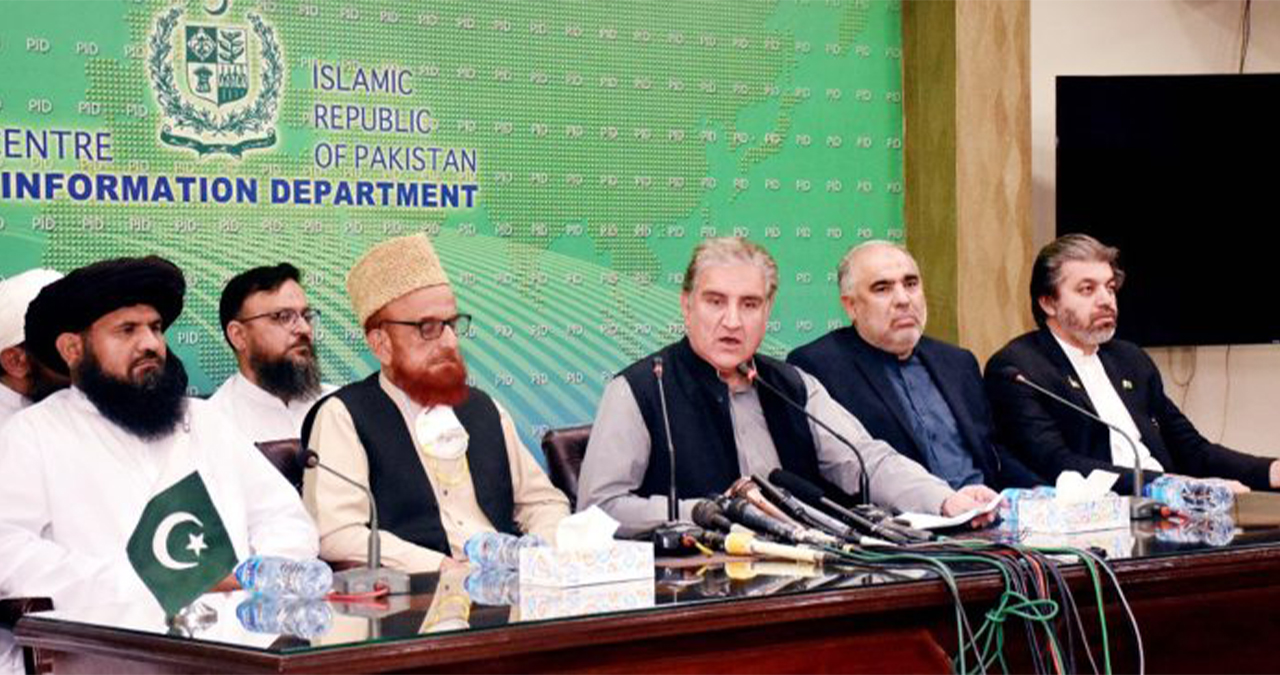 Pakistan’s government has inked an agreement with the proscribed far-right Tehreek-e-Labbaik Pakistan (TLP), putting a 10-day protest, which resulted in violent clashes, to an end.

Religious leader Mufti Muneebur Rehman and Foreign Minister Shah Mahmood took part in the talks. However, no one shared any details of the aforementioned agreement at a press conference in Islamabad, on Sunday.

Some TLP leaders were also present at the conference, but they kept silent.

“Details and results of the agreement will be revealed in a week or so,” said Mufti Muneeb, stating that he had the endorsement of TLP’s chief Saad Rizvi.

Muneeb used an English quotation “action speaks louder than words” to back the step to keep the agreement secret.

Qureshi, who appeared slightly off-colour, also felicitated the nation over the ‘development’.

According to media reports, the government assured the TLP leadership that it would open the assets and accounts of the proscribed group and ensure steps to lift the ban.

The TLP, according to several media outlets, was also told that the government would not pursue cases against their leadership and workers, but those registered under the Anti-Terrorism Act would be at the behest of courts.

It merits mentioning that thousands of TLP supporters had embarked on a long march from Lahore to Islamabad on October 22 to pressurise the government for the release of their leader, Saad Rizvi, who was held in custody for inciting supporters for an anti-France protest last year.

It was agreed that the banned outfit would vacate the GT Road, and would end its protest in a few days. Muneeb said both sides decided that the TLP would refrain from politics of sit-ins and agitation, and in return it would be allowed to function as a political entity.

The development came after PM Imran Khan constituted a team to hold talks with the banned group after consulting some religious leaders.