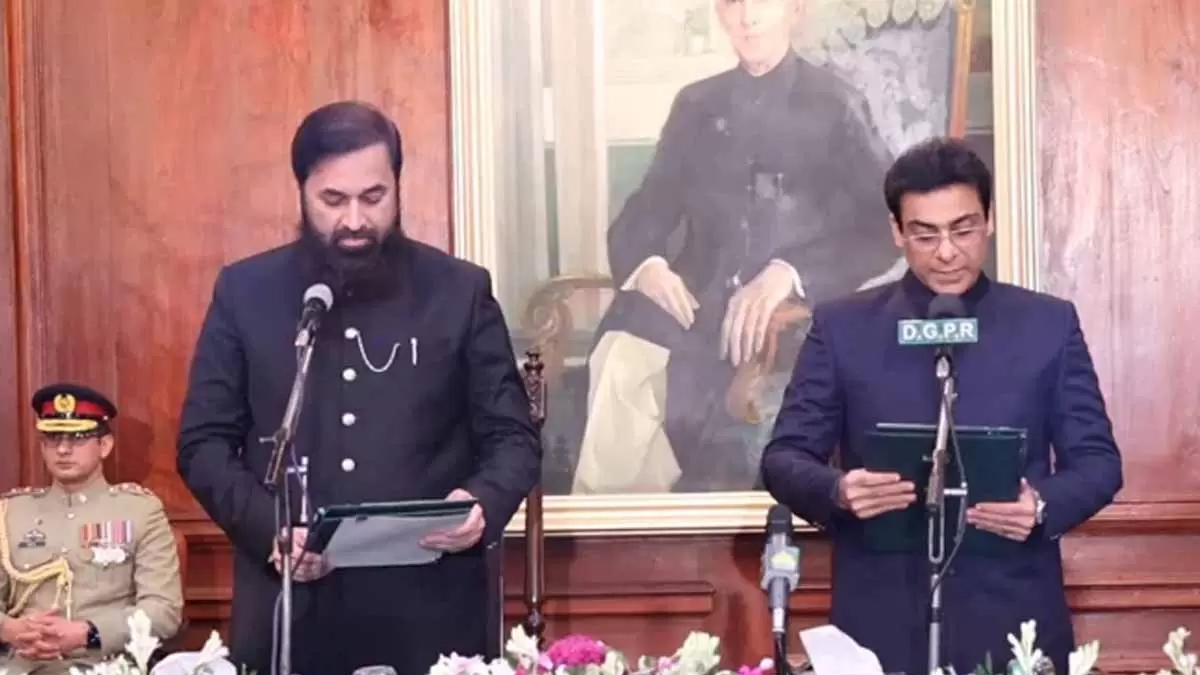 After a day of drama that culminated with Chaudhry Parvez Elahi’s shocking loss in the race for the position because the provincial assembly deputy speaker Dost Mazari decided not to count the votes of PML-Q lawmakers, Punjab Governor Balighur Rehman on Saturday administered the oath to newly re-elected Chief Minister Hamza Shehbaz.

At a ceremony conducted at the Punjab Governor House, the oath was administered to Hamza, who was dressed in a black sherwani.

Hamza later thanked God for ensuring the success of his party “one again”. Additionally, he expressed gratitude to coalition allies and Asif Zardari and Chaudhry Shujaat Hussain, “who have played their crucial role for the growth of democracy in the country.”

Hamza defeated Elahi in the race to become the Punjab CM

Hamza defeated Elahi in the race to become the Punjab CM for the second time. His swearing of the oath had been postponed for days the last time he had won, on April 16, because the then-governor, Omer Sarfraz Cheema, had refused to do so. Following the Lahore High Court’s orders, the National Assembly Speaker Raja Pervaiz Ashraf finally gave him the oath on April 30.

According to the instructions from the Supreme Court, the run-off election for the province’s top position was held yesterday.

Hamza was re-elected as the chief minister of Punjab by three votes in the session, which got underway hours later than expected. Deputy Speaker Mazari had earlier rejected all 10 votes cast by the PML-Q on the grounds that they had disobeyed the party leader.

Elahi received 186 votes, compared to Hamza’s 179, the deputy speaker stated after tallying the cast ballots. He had held back from naming Elahi the chief minister, though.

Instead, he had stated that Chaudhry Shujaat Hussain’s directive to PML-Q members to vote for Hamza rather than Elahi held more weight in his capacity as party leader.

He said he personally called Shujaat to confirm the message’s contents before bringing the house’s attention to a letter he claimed to have received from the patriarch of the Chaudhry clan, which purportedly contained instructions for all 10 party MPAs (including the candidate himself) to vote for PML-N candidate Hamza. Shujaat Hussain, who Mazari said had admitted writing the letter containing instructions to party MPAs three times, was contacted.

As a result of this discussion, he made the following statement: “I ignore all 10 votes cast by PML-Q MPAs as they disobeyed the party president’s directives, in accordance with the Supreme Court’s verdict.”