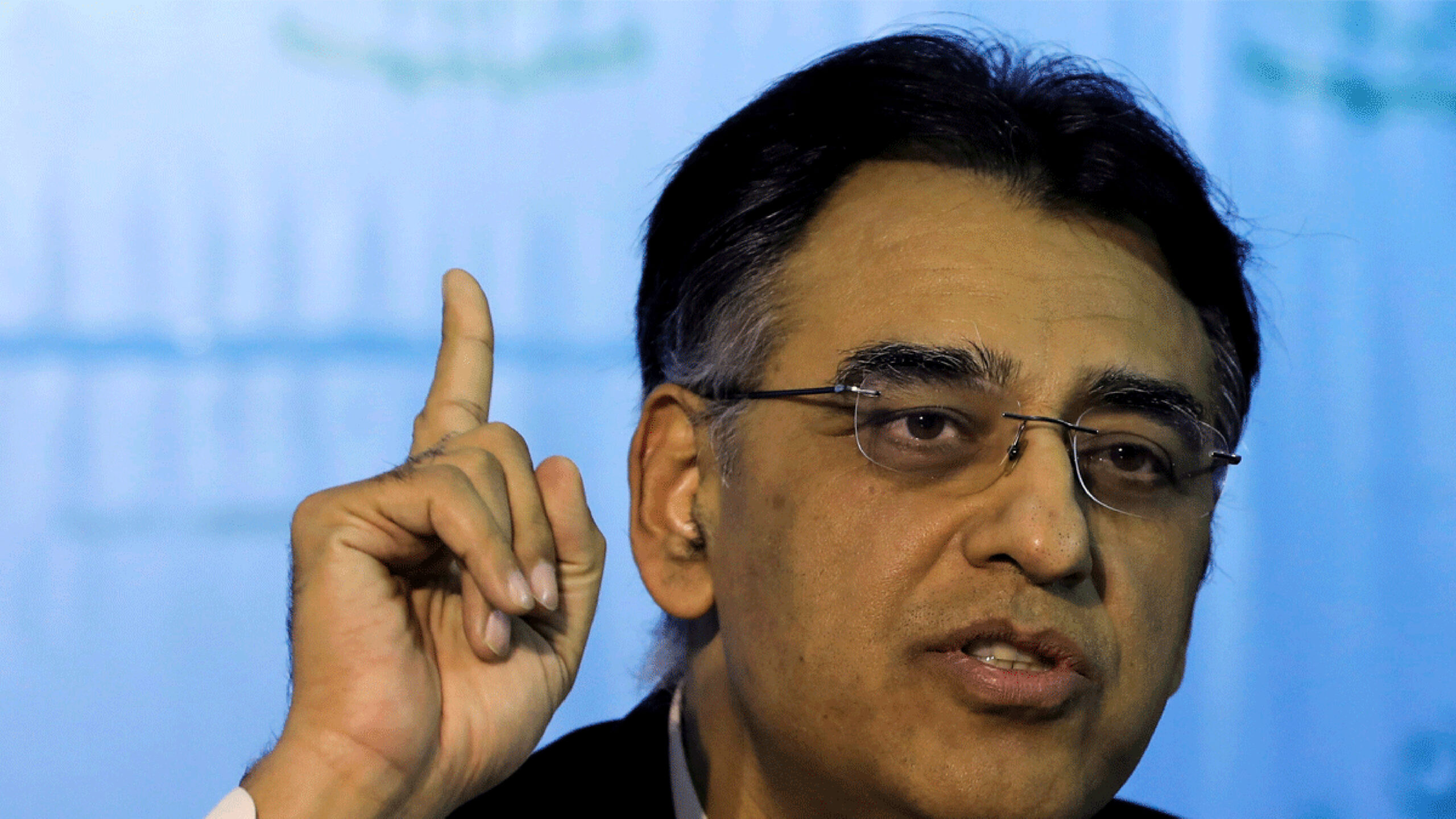 Federal Minister for Planning and Development and the Head of the National Command and Operation Centre (NCOC) Asad Umar has issued, on Wednesday, a warning that the government is days away from imposing strict restrictions amid surge in COVID-19 cases.

He said that people are not taking the coronavirus situation seriously and the government will be forced to impose tighter restrictions if the cases spike further.

Umar issued the statement after heading an important session at the NCOC to monitor the worsening spike in the country.

Addressing the media after convening the meeting, he said that the government’s forth set standard operating procedures for COVID-19 are not being followed properly and due to the third wave critical cases have now gone beyond 4,500.

The minister said that if the scenario persists, the government will not have any choice but to shut down the metropolitans to contain the spread of the virus.

“We reviewed the pandemic situation, at the NCOC, and it is bad. We have taken some decisions to impose stricter curbs which would be announced on Friday,” he said, adding that major cities aren’t being closed as of now, but a only a few days are left.

“If you see, the ratio of positivity in Karachi and Hyderabad is 13% and 14% respectively, while in Mardan it is about 33% and in Bahawalpur it is 38%. Furthermore, in some of the cities, more than 80% of ventilators are occupied,” he maintained.

The minister said number of positive cases have exceeded 83,000 and due to that the health facilities are under enormous stress.

He asked the chief ministers to take a stern action against SOP violators and urged them to aid the NCOC in controlling the pandemic.

“Since you are the elected leaders and masses have voted for you, they will definitely listen to you,” he said.