Farah Khan breaks silence of accusations against her 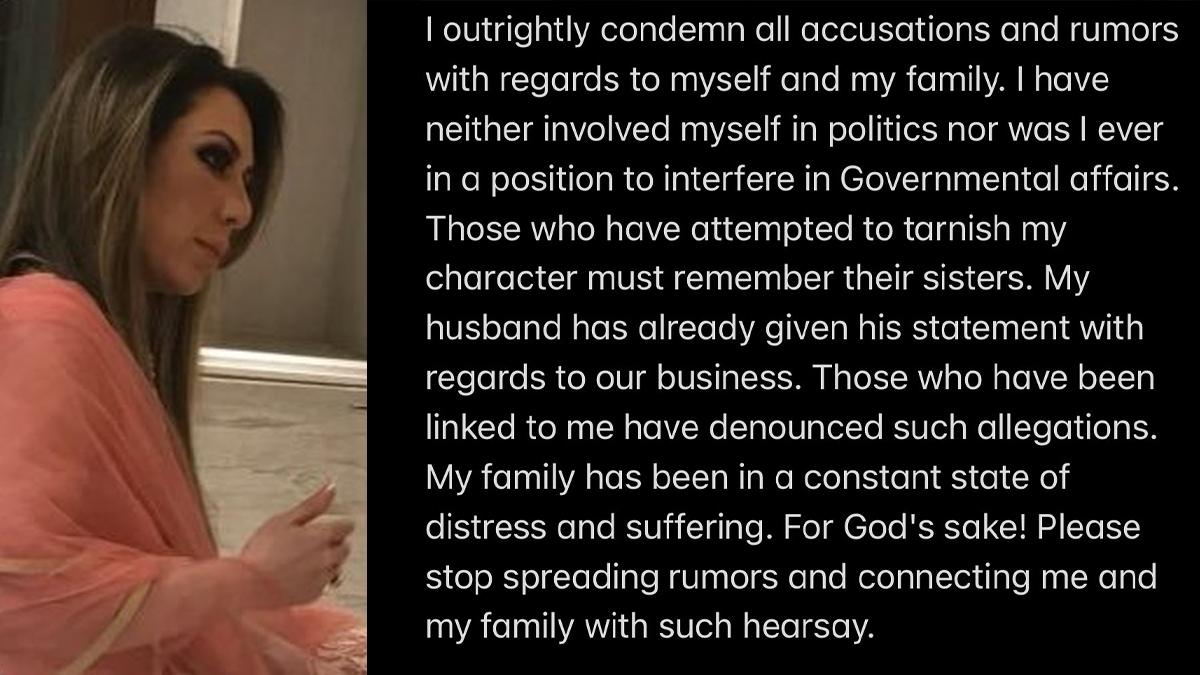 Farah Khan – First Lady Bushra Bibi’s close friend – has finally broken silence on the allegations of corruption levelled against her.

It is pertinent to state that she proudly claims to be a member of the PTI, which is losing power in the Centre and Punjab.

The PTI member said she was never involved in politics, nor was she ever in a position to meddle in governmental affairs.

“Those who have tried to tarnish my character must remember that they also have sisters. My husband has already published details with regards to our business,” she said.

Farah Khan said all those people who had linked her with corrupt practices “must denounce it” as her family was in a state of “distress and suffering.”

“Please stop spreading rumours. For God’s sake, stop connecting me and my acquaintances with such hearsay,” she added.

It is important to note Farah Khan has been accused by various Opposition leaders of using her influence in Punjab and taking bribes for posting and transfers in the bureaucracy.

Farah flew to Dubai earlier this week after the Imran Khan-led PTI government suffered political setbacks. She has also been accused of dollar hoarding.

Farah Khan – who is also known as Farhat Shehzadi – was reportedly buying dollars when the rupee was depreciating against the greenback.

Khan was stocking them up in her foreign currency account.

Farah failed to disclose her funds’ source, and the FIA issued an inquiry notice against her for summing up a huge amount of foreign currency. However, no progress has been made in the investigation due to Farah’s close connections with senior officials.

Khushbakht Sarfaraz defends husband after he gets accused of “mansplaining”