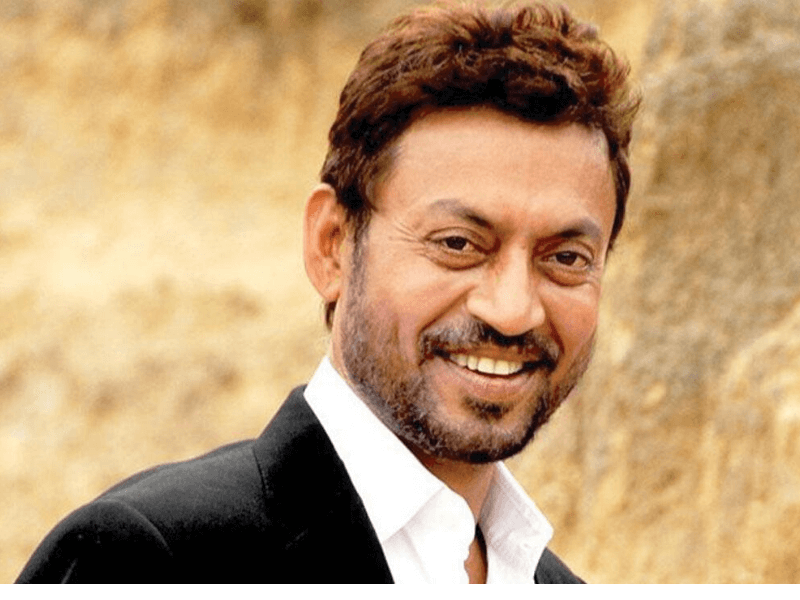 Earlier this week with a colon infection, the Bollywood actor, who was diagnosed with a neuroendocrine tumor in 2018, was admitted to a Mumbai hospital.

India’s Prime Minister Narendra Modi paid homage to the award-winning star, tweeting “Irrfan Khan’s death is a loss to the world of film and theatre.” The actor’s funeral rites were underway in a Mumbai graveyard, with only the immediate family permitted to attend in compliance with India’s tight lockdown to curb coronavirus spread.

Raised on 7 January 1967 in the Indian desert state of Rajasthan, Khan developed an early talent for acting and enrolled at the prestigious National Drama School.

Yet his Shakespeare and Chekhov experience did nothing to ease his entrance into the Hindi film industry, which then concentrated mostly on churning out formulaic song-and-dance blockbusters. Even as he landed a lead in “Salaam Bombay” in 1988 — directed by Mira Nair, the first-timer — his part was cut to a cameo.

When he found out about the cuts, he sobbed for hours, he told the magazine Open in India. “Something inside me shifted. After that, I was up for something,” he said.

Television roles followed in Bollywood, along with a couple of bit parts, where producers regularly ignored him as being too unorthodox to play the lead.

Around the time British director Asif Kapadia cast him into “The Warrior” as a soldier, he was about to leave acting, depressed with his career path. Yet, in an indication of global popularity that lay awaited, the 2001 film rang up awards and won prizes for Khan — particularly in India, where a new wave of directors were willing to experiment with fresh storylines.

When he was cast in “Maqbool” and “Haider” — contemporary Hindi versions of “Macbeth” and “Hamlet,” his drama school experience came handy.

Yet he also charmed viewers in lighter fare like “Piku,” starring Bollywood superstars Amitabh Bachchan and Deepika Padukone, and “The Lunchbox,” in which he played a single accountant in love with a housewife.

On Wednesday, the day Irfan khan dies, Bachchan led tributes to Khan, describing him as “an extraordinary talent” whose death had left “an overwhelming void” in the industry.

In the 2015 hit “Jurassic World,” director Colin Trevorrow, who directed Khan, described the actor as “a sensitive guy who finds meaning in the world around him, even in pain.” “In our last conversation, in the darkest of days, he told me to note ‘the beautiful facets of our life,'” Trevorrow tweeted.

In an interview with AFP in 2015, Khan said that “the elements and textures you bring to the role respect the Western viewers.”

Yet he added: “Bollywood’s informality and intimate relations are good. Hollywood’s issues are so compartmentalized, and the structure can be static.” The father-of-two appeared in almost 100 films, earning awards and his peers’ respect. Oscar-winning actor Tom Hanks allegedly described Khan as “the smartest guy in the room” during the press promotions for her film “Inferno” in 2016.

But his life had taken a tragic turn when he was diagnosed with cancer in 2018. The reports devastated his followers and the film industry in India. Before returning to play a middle-aged father in “Angrezi Medium,” his final film and a follow-up to the 2017 hit “Hindi Medium,” Khan took a sabbatical to pursue care in London — followed by his family —

In the months leading up to the release of the film he experienced a setback that pushed him back to Britain. He described life after diagnosis as “a roller-coaster journey, an unforgettable one” in an interview with the Mumbai Mirror newspaper in March 2020. “Because of the inevitable confusion, happy memories were illustrated. We cried a bit, and laughed a lot,” he said.