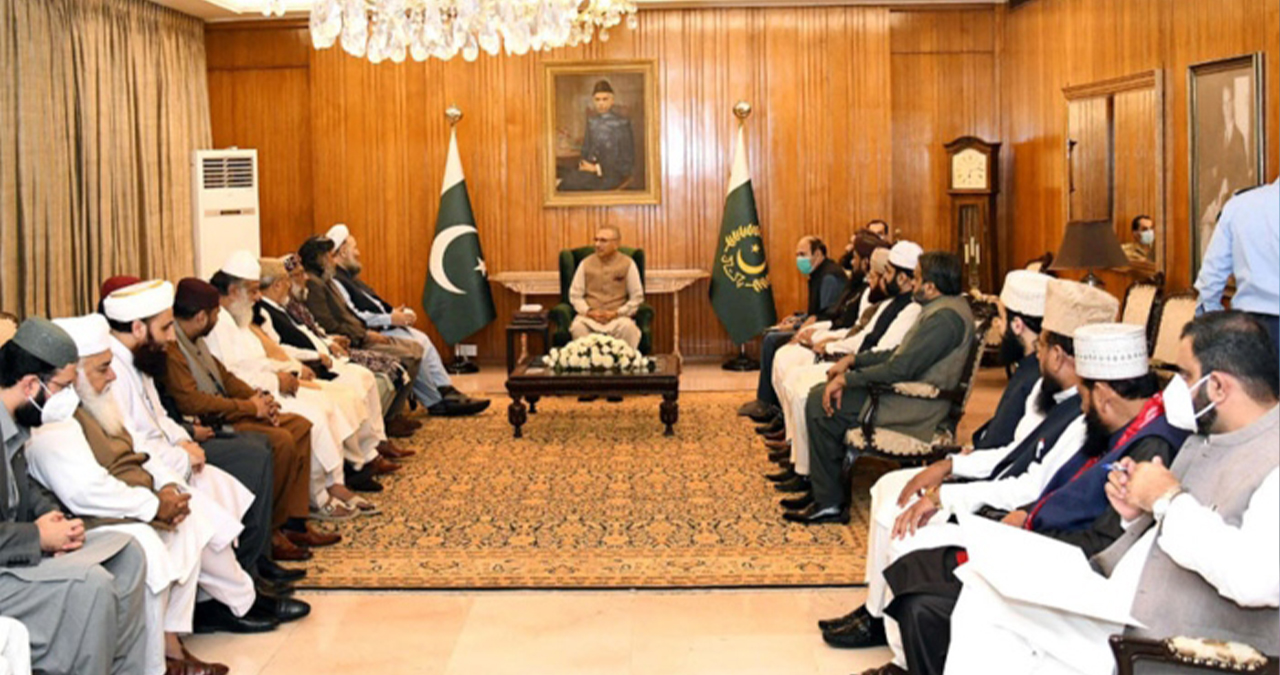 President Dr Arif Alvi has asked for Ulema’s help in easing the ongoing tensions between the Tehreek-i-Labbaik Pakistan (TLP) and the government.

It merits mentioning that the protests have halted life in several cities of the country.

The president held consultative meetings with a delegation of Ahle-e-Sunnat Wal Jamaat – led by the Federal Minister for Religious Affairs, Pir Noor-ul Haq-Qadri.

On the other hand, the National Security Committee (NSC) resolved Friday not to tolerate “any breach of law” by the proscribed TLP – which is moving forward with its long march to Islamabad despite the government’s repeated warnings.

According to a statement laid forth by the Prime Minister’s Office (PMO) after the NSC meeting, the civilian and military leadership were detailed about the ongoing agitation by the proscribed group.

Fawad Chaudhary said it was agreed upon by the civil-military leadership that it would back the Punjab Police in its action against the group. Besides, the prime minister made it clear that the entire country was on the same page regarding the scenario.

The Minister for Information and Broadcasting called upon Ulema to play their role for peace by discouraging elements masquerading behind the name of Islam for political mileage.

“Engaging people in the name of religion and creating unrest is a disservice to Islam,” Fawad told journalists.

He said that PM Khan made it clear that “no group or individual will be allowed to use violence to cause public disruption and to pressure the government.”

As thousands of supporters of the banned TLP continued with their march towards the federal capital on Friday, routine life stayed disrupted along the route of the rally – creating difficulties for the masses particularly in Rawalpindi and Islamabad. Meanwhile, the Petroleum Dealers Association (PDA) has asked the government to get done with the matter immediately, warning of a severe dearth of petroleum products citing a blockage in the supply of petroleum products.