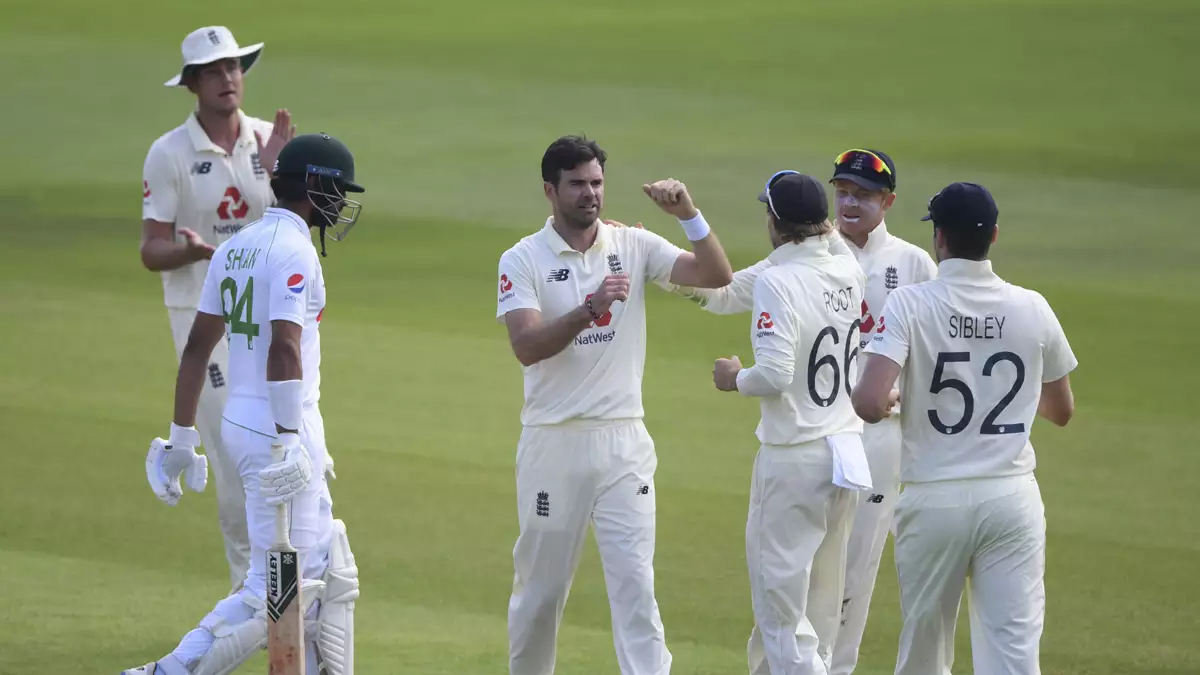 The three-match Test series between England and Pakistan, which begins on Thursday at the Pindi Cricket Stadium, won’t be influenced by the sluggish and low playing grounds in Pakistan. Instead, the visitors would go after wickets, according to experienced bowler James Anderson on Tuesday.

With Ben Stokes and Brendon McCullum now serving as captain and head coach, respectively, the England team has transformed into a fiercely offensive one in recent months, according to Anderson.

When Australia played here earlier this year, the match ended in a boring draw with only 24 wickets falling, earning the Pindi Cricket Stadium pitch demerit points.

When the first Test begins, the 40-year-old Anderson, the lone member of the England team that travelled to Pakistan in 2005, will be in charge of the visitors’ attack.

Anderson told reporters at the location, “The challenge is trying to attempt to find something in unresponsive wickets – that is the sort of talent of being a Test cricketer who plays all around the world.”

In the six Tests played under Stokes and McCullum, the right-armer was crucial to England’s victory. He thought that the pair’s leadership style would preclude an instance in which the circumstances would determine the outcome of the match.

The appointment of Ben as captain and Brendon as coach, according to Anderson, “has also helped in terms of thinking outside the box.”

Read More | Ben Stokes is Winning Our Hearts, But How?

Think Outside The Box

“I believe we might have to, maybe, think outside the box a little bit over the next few weeks in terms of field settings and ideas that you utilise on the field.”

Fans aren’t the only ones eager to see Anderson play in Pakistan. The pacer for the home team, Naseem Shah, is also feeling the excitement.

When Anderson made his Test debut, Naseem, who was only three months old, stated he aspired to learn from the “great.”

On Tuesday, Naseem declared at a press conference, “I have learned from him and will continue to learn from him.

At the same venue where he became the youngest bowler to capture a Test hat-trick against Bangladesh in 2019, the 19-year-old will play opposite Anderson, leading Pakistan’s pace attack.

Two months after being the youngest pacer to take a five-wicket haul in a Test match against Sri Lanka, he reached the milestone.

“I think it is a tremendous accomplishment for him that he is still playing and is very fit,” Naseem said of Anderson. “That shows how much hard work he has been doing.”