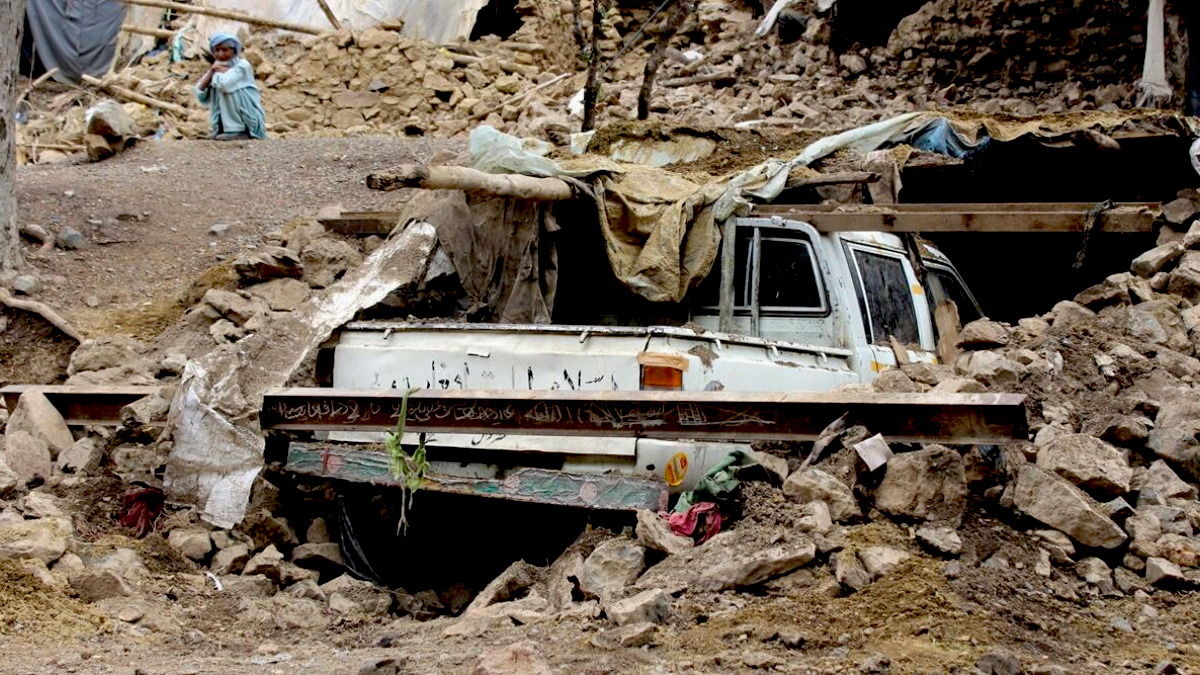 Around 1,000 people were killed and at least 600 injured as a result of a horrific 6.1 magnitude earthquake that slammed Afghanistan early on Wednesday morning, according to emergency management officials.

According to the US Geological Survey, the seismic event occurred 44 kilometres from Khost, close to the Pakistani border, and is thought to have been the worst earthquake to strike Afghanistan since 2002. (USGS).

According to the European-Mediterranean Seismological Centre (EMSC), 119 million people in Pakistan, Afghanistan, and India experienced the earthquake’s vibrations.

Salahuddin Ayubi Predicted That The Death Toll Would Rise

As some of the communities are in isolated locations in the mountains and it will take some time to gather facts, interior ministry spokesman Salahuddin Ayubi predicted that the death toll would rise.

However, pictures and videos that were taken outside the nation revealed ruined homes and victims covered in blankets laying on the ground.

Rescue efforts were hampered by difficult circumstances, such as heavy rains, landslides, and the fact that many villages were tucked away in difficult-to-reach hillside areas. An undetermined number of people were still trapped under rubble and in outlying areas, according to health and aid workers.

“There are still many persons buried beneath the ground. A nurse at a hospital in the severely affected Paktika region reported that rescue crews had arrived and were attempting to remove the dead and injured with the assistance of locals.

Inadequately built homes and landslides made the impoverished hillside areas hit by the earthquake particularly vulnerable, according to disaster experts and relief workers.

Gul Faraz, together with his wife and kids, were receiving medical attention for their injuries at a hospital in Paktika when he remarked, “We were all asleep at home… then the room crashed over us.” He claimed that a few family members had died.

Entire Region Has Been Damaged

The entire region has been damaged, not just the houses in our neighbourhood. According to Ayubi, the majority of the reported fatalities occurred in the eastern province of Paktika, where 255 people died and more than 200 were hurt. There were 25 fatalities and 90 hospitalizations in the province of Khost.

Recent floods in numerous areas, which has closed sections of highway, has made things more difficult for Afghan authorities.