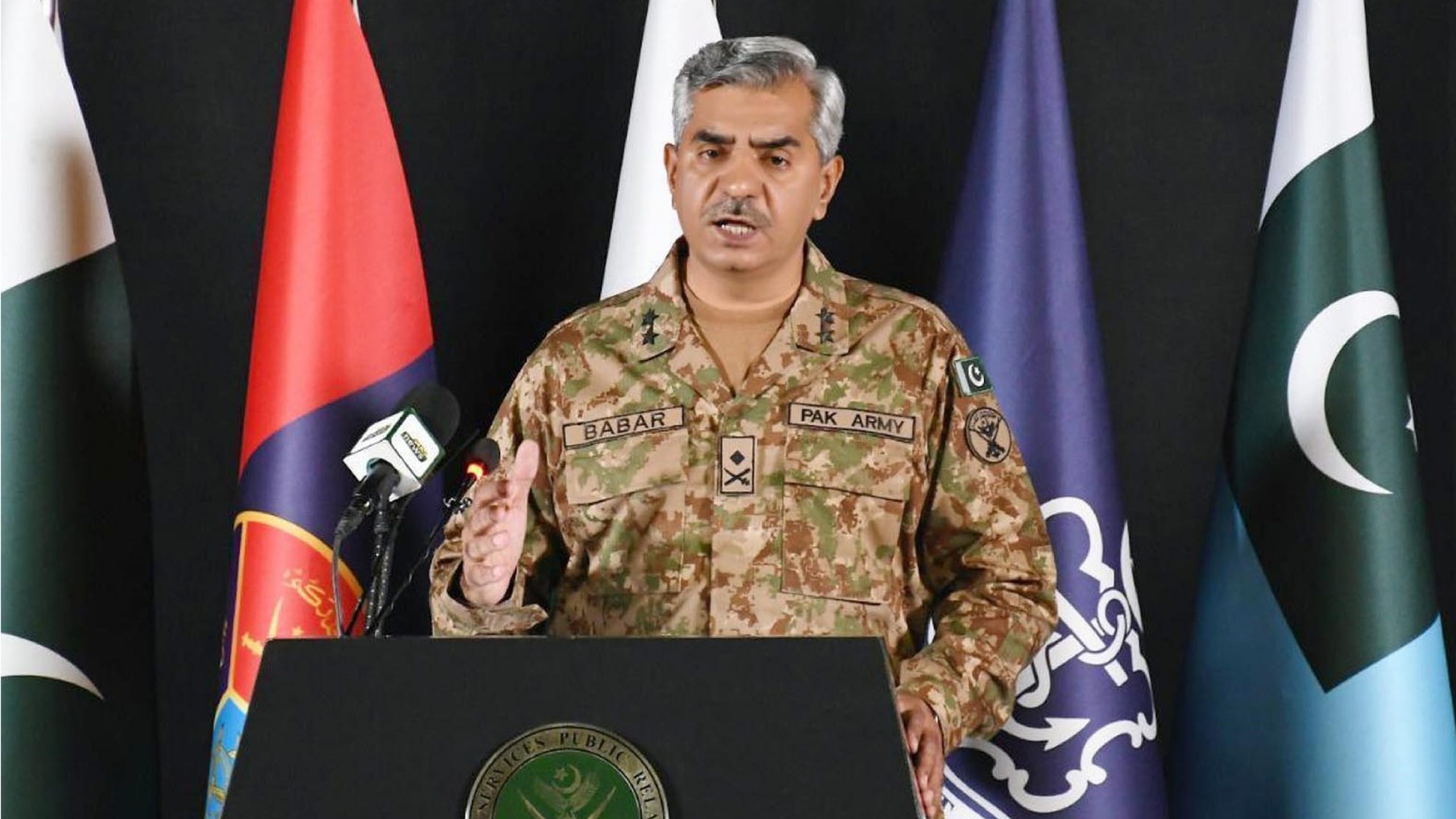 Speaking to media, the military spokesperson made it clear that the Pakistan army has nothing to do with politics and it has not been in contact with any political party through “backdoor channels”. He further demanded that the armed forces should not be dragged into politics or any further speculations in the matter.

In this regard, Maj-Gen Babar Iftikhar said that the practice of spreading speculations or allegations regarding the Pakistan Army should stop. He further called on those people spreading such allegations to come up with evidence supporting their remarks.

“It does not suit anyone to talk about the army without doing any research into the matter. If anyone has any evidence, it should be brought forth, else such rumours should stop,” he added.

The ISPR DG further affirmed that the armed forces have their hands full with the crucial responsibility of protecting the security of the country against any internal or external threats. He went onto advise opposition parties to contact the constitutional institutions to clear any doubts related to the results of the general elections in the country.

“Pakistan’s armed forces extend their deepest gratitude to the PLA and People’s Republic of China for this magnanimous donation during testing times,” the ISPR DG said.

He added that the military has decided to donate the vaccines, meant for the army, to Pakistan’s vaccination drive in order to help the country’s frontline workers effectively tackle the pandemic crisis.

Later during the media interaction, the ISPR chief assured that the army has been carrying out rigorous search and rescue operation to find Mohammad Ali Sadpara and two other missing climbers at K2. He also lauded Sadpara, the mountaineer who has been missing for the past three days after a K2 expedition, as a “national hero”.

“The helicopters of Pakistan Army are carrying out a challenging operation and going beyond limits and we hope that our national hero Sadpara and other mountaineers will be safe,” Maj Gen Babar Iftikhar said.