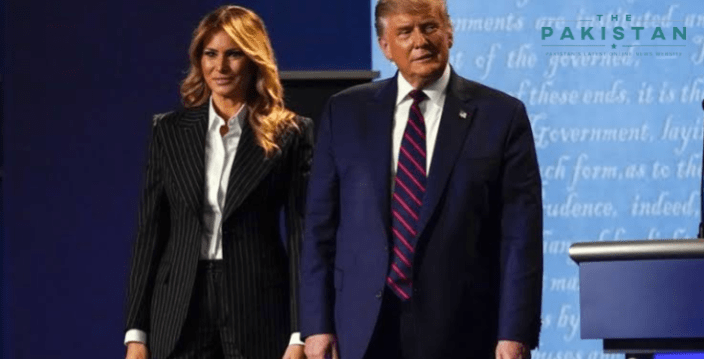 United States President Donald Trump and first lady Melania Trump tested positive for the Covid-19 and announced they were going under a quarantine putting the race for White House in a limbo.

“Tonight, FLOTUS and I tested positive for COVID-19. We will begin our quarantine and recovery process immediately. We will get through this TOGETHER!,” said President Trump.

Trump, due to his age and lack of exercise is at a major risk of the virus as he is also overweight. Meanwhile, reports have said that he refuses to exercise or eat a healthy diet.

The US has been one of the worst hit countries by the Covid-19 as more than 200,000 people have died since March. This has all been a result of the Trump administration’s failure to contain the virus at the outset or mandate wearing masks. Trump has also shied away from enforcing country-wide lockdowns which he fears will hurt the economy.

He has also repeatedly mocked those wearing masks. He had, at the time when there were very few cases in the US, called the Covid-19 a flu and said it would disappear quickly.

Meanwhile, Trump has also held rallies with thousands of participants across various venues despite the risk of people contracting the coronavirus and has refused to pay heed to advice from his own staff.

Earlier in the week, during the first presidential debate against the Democratic nominee Mr Joe Biden, Trump mocked him for wearing a mask everywhere he went.

At the debate, he said that Covid would end soon from the country and claimed that the US is almost weeks away from developing a vaccine for the virus.

The president testing positive for Covid-19 hampers the presidential race as it will change the timelines and thus the effectiveness of the campaign.