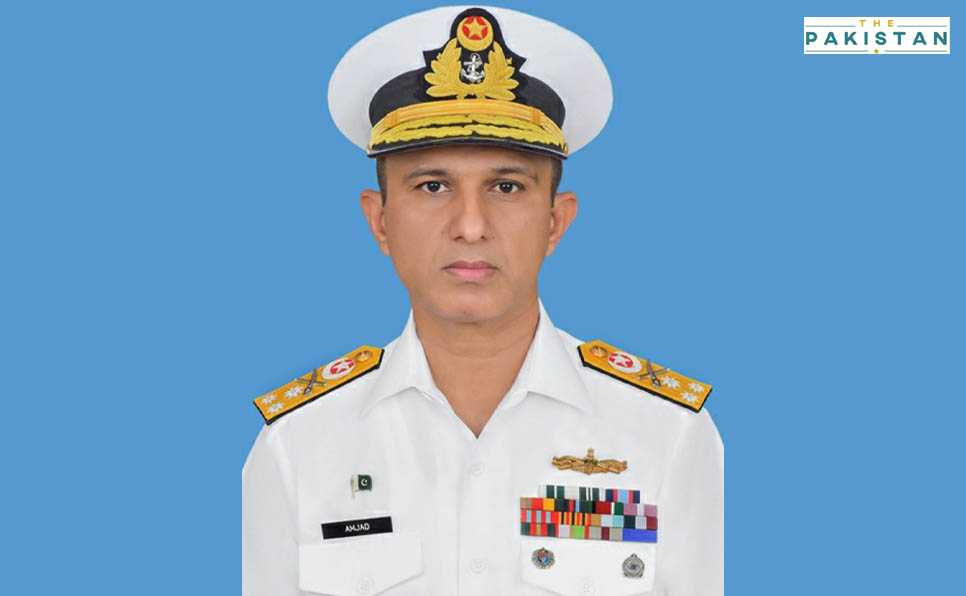 The government has appointed Vice Admiral Amjad Khan Niazi as the Chief of Naval Staff with effect from October 6. Niazi will replace outgoing Admiral Zafar Mehmood who will retire on the same date.

An official notification in this regard has not been issued by the government or the public relations agency of the Pakistan Navy, Special Assistant to PM Dr. Shehbaz Gill confirmed Niazi’s appointment.

Meanwhile, he has also served as the principal secretary to chief of the naval staff, head of F-22P Mission China, Deputy Chief of Naval Staff (training and evaluation) and Director General of Naval Intelligence.

Niazi is a graduate of the Army Command and Staff College, Quetta, and National Defence University, Islamabad. He has a Masters Degree in Underwater Acoustics from Beijing University of Aeronautics and Astronautics, China.

He has also been conferred with the Hilal-i-Imtiaz (Military) and Sitara-i-Basalat. The government of France also gave him the French Medal Chevalier (Knight).

COAS Bajwa thanked outgoing CNS Abbasi for his exemplary services to the country during a long and illustrious career, a press release issued by the Inter-Services Public Relations (ISPR) said.

The ISPR further said that on his arrival at GHQ, the CNS was presented with the Guard of Honour at Yadgar-e-Shuhada.