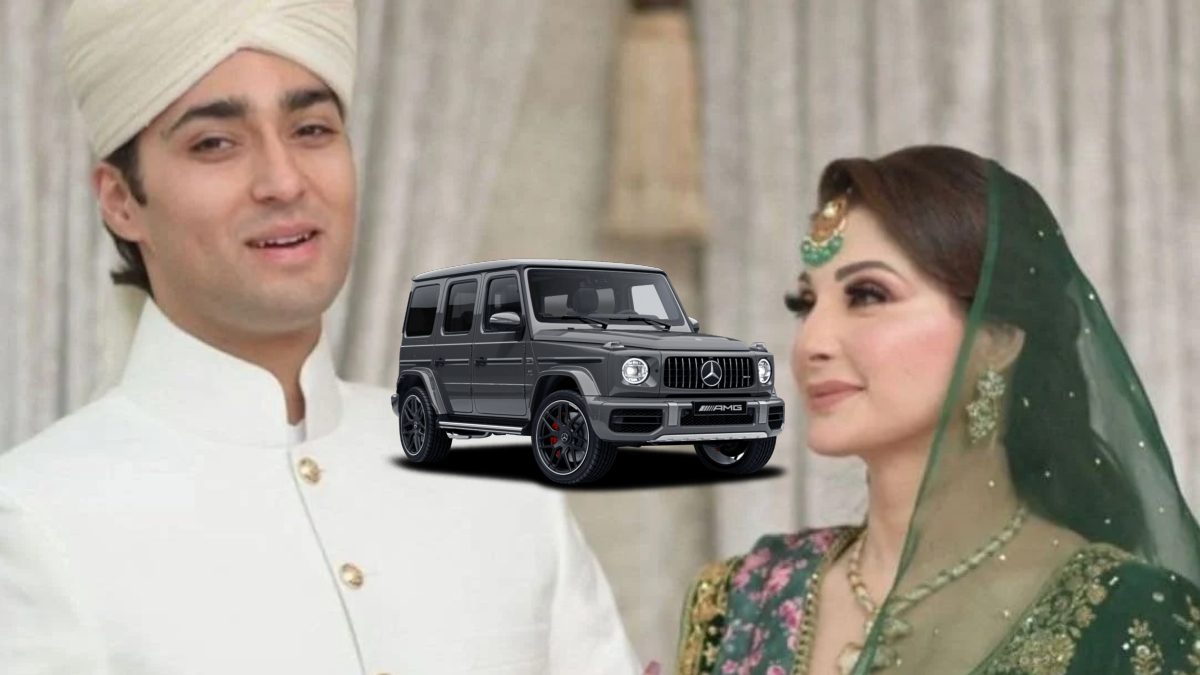 A few days back, a news story surfaced that PML-N’s Maryam Nawaz gifted her son Junaid Safdar an expensive car as a wedding gift.

Later, Maryam Nawaz shunned the report, calling it a pack of “blatant lies.”

But, did Maryam really give a Mercedes G63 AMG to Junaid Safdar?

The PML-N leader’s son got married in December 2021. His lavish wedding events were the talk of the town.

According to details, the German SUV runs on a dual-turbo V8, 4000cc engine and has a 9-speed transmission. The tax paid on the German SUV was Rs 5.3 million – the highest tax ever spent on a vehicle in Punjab.

Maryam Nawaz received mass criticism for giving such an expensive gift to her son. Critics inquired where did Maryam get the money to be able to buy such an expensive car. People linked the gift to the cases of the Sharif family, probing the means for the ill-gotten wealth.

Read Also | Who was behind Lahore’s Anarkali blast?

After rumours started floating, the PML-N vice president took to Twitter to share screenshots of news articles reading, “Maryam Nawaz gave Junaid Safdar Rs 140 million Mercedes”. The politician termed the news “fake”, saying she had no involvement with any such gift-giving on her part.

This blatant lie is all over social media. It is disappointing how reputed accounts propagate fake news without verification. pic.twitter.com/C6hYnelhGJ

“This blatant lie is circulating all over social media. It is extremely disappointing to see reputed accounts propagate news without verification.”

The family’s extravagance was badmouthed following the multi-event lavish wedding of Maryam’s son. Several social media users called out the groom for wearing a Rs 3 million shahtoosh shawl made from the rare fur of endangered Tibetan antelopes.

After the criticism went out of bounds, Maryam had to go to Twitter to request privacy. “My son’s wedding is our family’s private affair. Like all mothers, I deserve a chance to enjoy the occasion without political commentary of any sort. I humbly request the media and all others to respect my family’s right to privacy.”