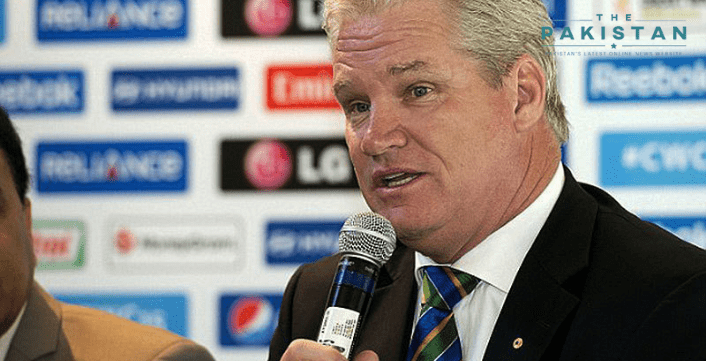 The former Australia batsman was 59 year old and was regarded as one of the best batsmen in the world and was part of the winning squad in the 1987 World Cup.

Jones played 52 Tests and 164 one-days during a career that lasted for a decade.

He has also had an immense impact on Pakistan cricket as he served in the coaching capacity at HBL Pakistan Super League franchises Islamabad United and Karachi Kings, and had also expressed interest and availability in coaching the country’s cricket team.

Condolences from around the world poured in as Jones was remembered for his dedication to the game and his character both on and off the field.

Mr Mani said: “I am saddened with the news of Dean’s passing. He had a deep association with Pakistan cricket, having served in the coaching capacity at HBL Pakistan Super League franchises Islamabad United and Karachi Kings, and had also expressed interest and availability in coaching the Pakistan men’s national cricket team last year.”

“As a top-order batsman, he had an outstanding and successful career, including winning the 1987 World Cup with Australia.”

“I offer my deepest condolences to Dean’s family and friends, and stand firmly with them in these difficult times.”

Pakistani bowler Hassan Ali expressed his shock on hearing the news and said “Really saddened about news on Dean Jones legendary cricketer and an even better person.”

Former Indian spin bowler tweeted: Shocking news. This year gets even worse. Was joking with Deano last week about carrying a red book with me to the match. Terrible […] My heartfelt condolences to the family.