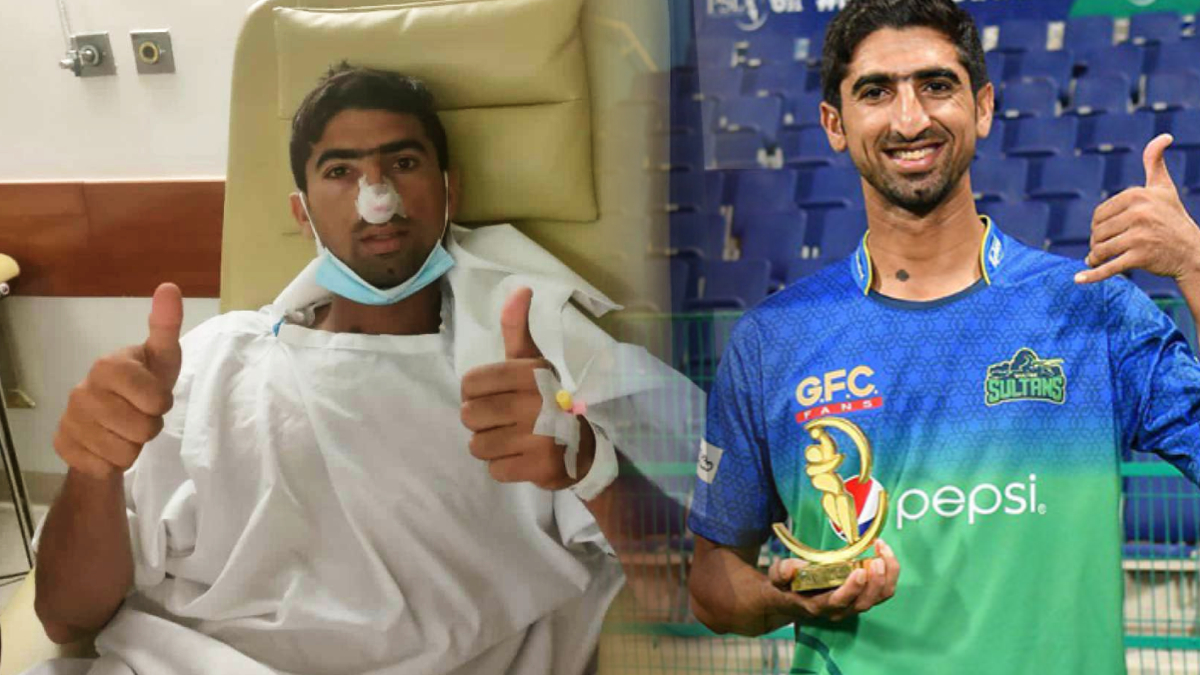 According to media reports, the surgery was successful.

Taking to Twitter, the fast-bowler said he had been facing breathing issues due to deviated nasal septum since his young days.

It merits mentioning that the Sindh-based player had sustained an injury in his childhood.

Doctors removed a pebble stuck in Dahani’s nostril in a two-hour-long operation.

Dahani said, “After consultation with the medical team of PCB and the assurances by my family, I went through this surgery.”

“I am feeling better now. Alhamdulillah,” he added.

According to reports, Dahani’s nasal bone had been affected following the childhood accident. However, due to the surgery, the bone was also repaired by the doctors.

Meanwhile, doctors have said that the fast bowler will recover entirely before the Pakistan Super League (PSL), starting on Jan 27.

Dahani is set to represent Multan Sultans in the cash-rich tournament.

The right-arm pacer has been discharged from the hospital and told that his next checkup would be on Jan 4.

Last week, the Sports Journalists Association of Sindh (SJAS) awarded a gold medal to the promising pacer at an award ceremony.

The right-armed pacer thanked the Association for the honour extended to him. “I am thankful to SJAS for extending such an honour. I will ensure that I live up to the expectations of my fans,” Shahnawaz Dahani said in a brief speech.

Last month, Dahani made his T20I debut in a match against Bangladesh. He said he will always cherish the memory of playing for Pakistan for the first time. It is pertinent to mention that in Dahani’s first over in an international match, he had clean-bowled batsman Najmul Shanto on the third ball.