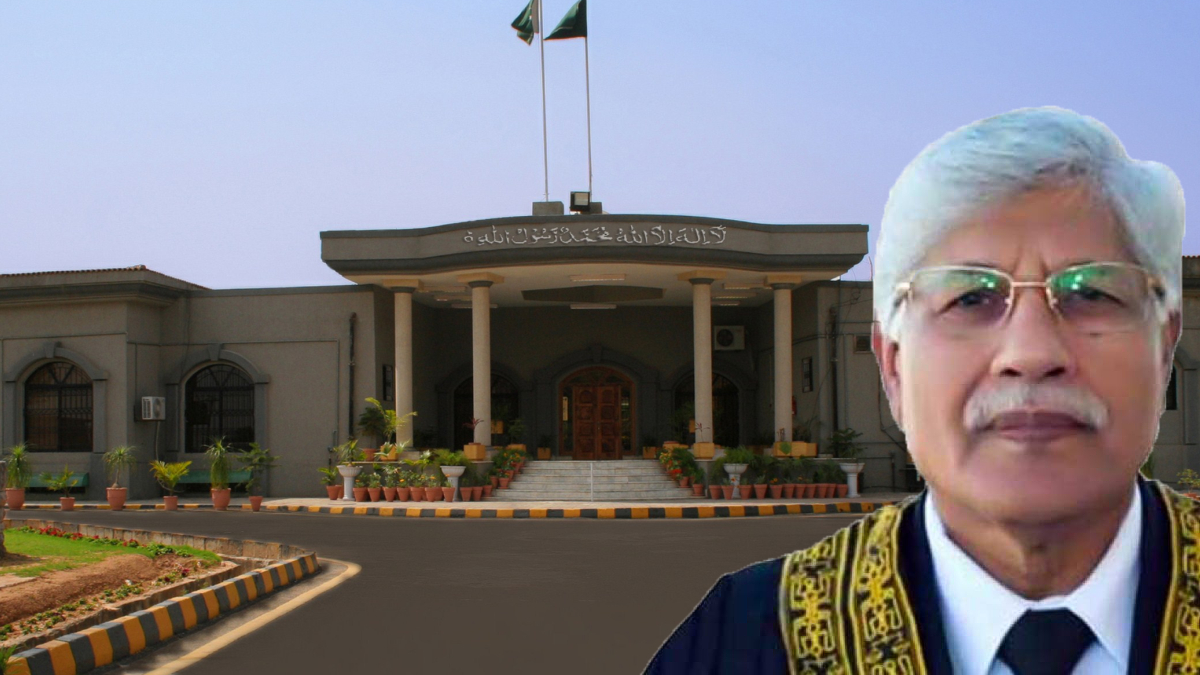 On Tuesday, the Islamabad High Court (IHC) decided to indict ex-chief justice of Gilgit-Baltistan Rana Shamim along with other accused on January 7 in the contempt of court case.

Ex-CJ GB Rana Shamim, journalist Ansar Abbasi, editor Amir Ghouri, and others appeared before the court in the case today.

The high court initiated proceedings against Shamim, Ansar Abbasi, Mir Shakil-ur-Rehman – editor-in-chief of a national daily, after an affidavit was published accusing ex-chief justice Mian Saqib Nisar of influencing the case against former PM Nawaz Sharif and his daughter.

During the hearing, IHC CJ Athar Minallah said an impression was being spread that the court had been compromised. “I am presenting myself and this court for self-accountability,” he added.

Minallah said he won’t comment on things happening outside the court but he was concerned with the respect and integrity of IHC.

In the last hearing, Rana Shamim was asked by the IHC to produce the original affidavit in the court. Today, Shamim opened the packet containing the sealed affidavit and confirmed its contents.

Attorney General Khalid Jawed Khan said the ex-GB judge had said his affidavit was sealed but the parcel he opened didn’t contain any seal.

Shamim responded in affirmative, maintaining that he gave the paper in a sealed envelope to his grandson in London. He blamed Ansar Abbasi for leaking the document.

Shamim’s lawyer, Latif Afridi, said that his client didn’t share the affidavit with anyone. Abbasi, however, said that he had approached Shamim, who had told him the affidavit about to be published was an original one.

The IHC CJ said that the court will frame charges on the next hearing and asked Afridi to start arguments in the case.