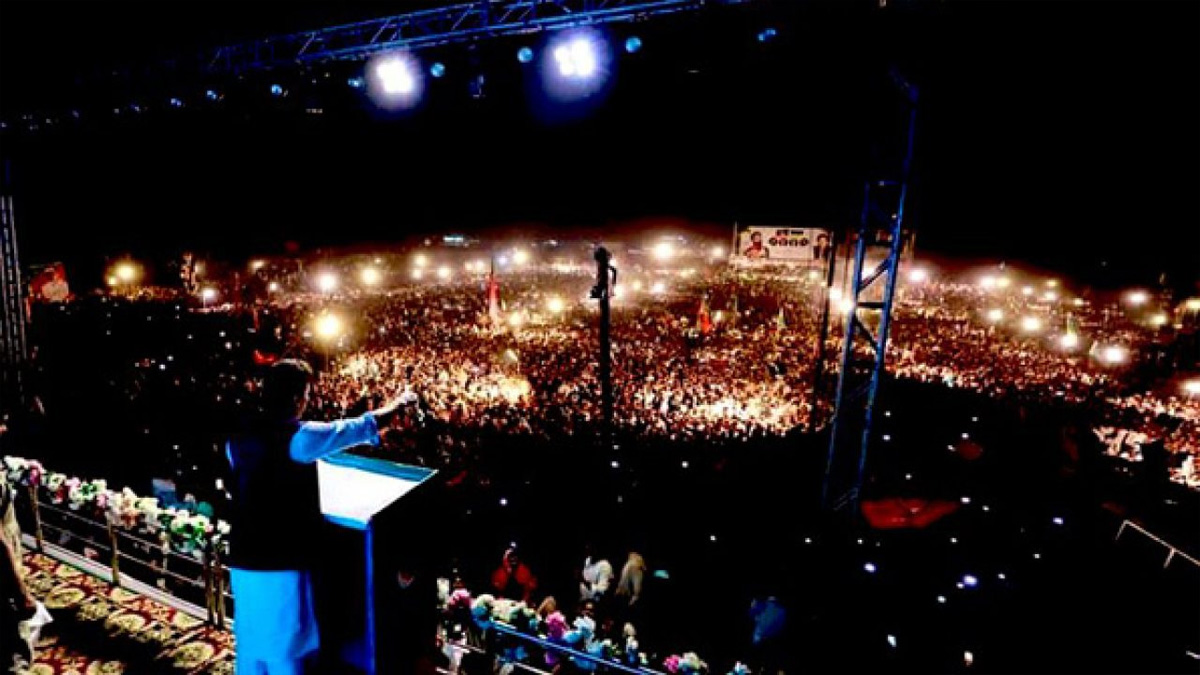 Plot to overthrow the PTI administration

Imran Khan, the head of the PTI and a former prime minister, alleged on Wednesday that “Mr X and Mr Y” were pressuring his ministers in Punjab to accept bribes as part of a plot to overthrow the PTI administration there.

He said that PTI legislators in Punjab were being offered bribes worth millions of rupees while speaking to a crowd in Chishtian. And they are being threatened by Mr. X and Mr. Y to accept these bribes.

Imran then displayed a number of previous quotes from PML-N leaders in which they could be heard accusing the establishment of playing a “third party” role in the no-confidence movement against him earlier this year. Imran had previously suggested that the Punjab government would be overthrown through a no-trust vote.

So, according to them [the PML-N], if the no-confidence vote in Punjab passes, it will be carried out by the establishment, he stated.

The PTI leader went on to say that a “plot was being devised” to bring PML-N leader Nawaz Sharif back to the nation.

Imran asserted that he was unaffected by Nawaz’s homecoming, nevertheless. “I’m watching for you to return. And when you do, I assure you that the country will greet you in a way that has never been witnessed before.”

Nation is bleeding from floods

However, the PTI leader argued, “you are playing these political gimmicks while the nation is bleeding from floods and there is an economic crisis. Don’t you care about the nation and its citizens? You are wiping out everything.”

In his speech yesterday in Peshawar, Imran criticised the government for cracking down on journalists who supported the PTI and outlets that broadcast his talks out of fear. He also criticised the suspension of YouTube service throughout Pakistan.

He explained that the reason “false charges” were being filed against him was because “they are terrified and want to disqualify me.” “But now that all of their strategies have failed, they’re attempting to turn the authorities, the military and the judiciary, against me. However, let me caution you that no matter what you do, you will lose,” the PTI head continued.