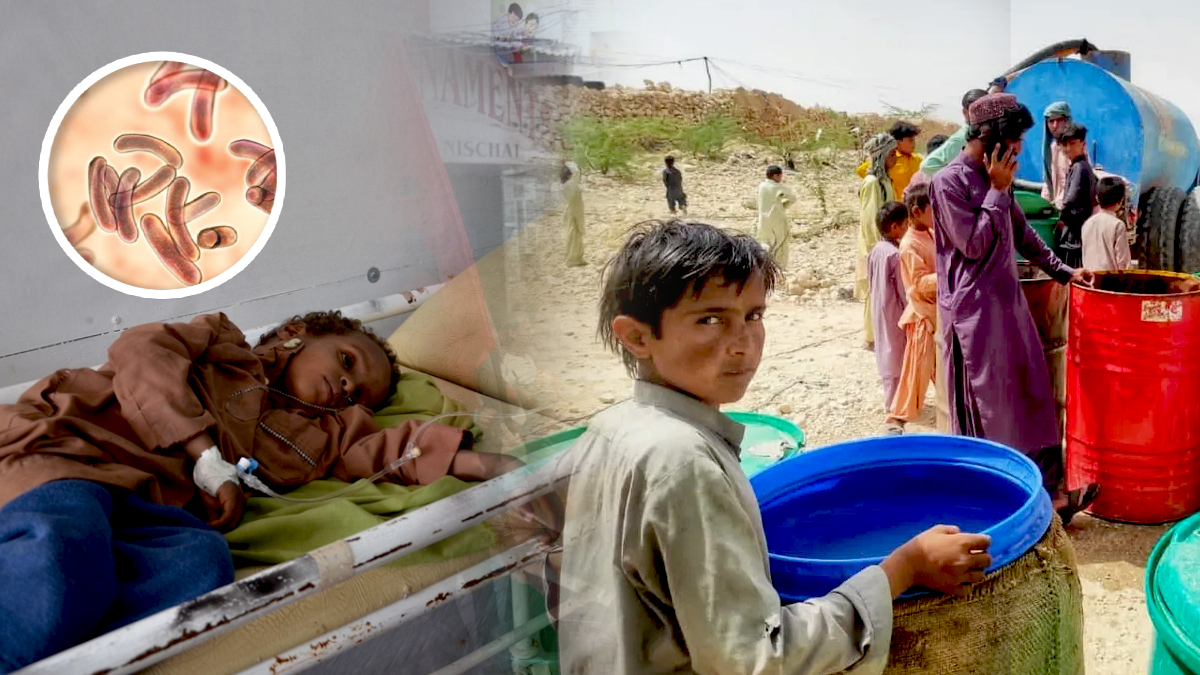 The number of cholera cases was on the rise again in Zhob and other districts of Balochistan that had been affected by the recent torrential rains and flash floods.

According to official sources, two children died and hundreds were injured in different locations of Zhob district owing to the intake of contaminated water, since nearly all water resources were severely damaged by floods and storms.

The incidences were recorded in Zhob’s Sharan Babakarkhil and Gastoi Bahlul regions, where two children died, and other people were taken to a neighbouring health centre in need of rapid medical assistance.

According to the authorities, doctors and other personnel have been dispatched to the region, along with the necessary medications.

Meanwhile, cholera cases have been reported in Kohlu, Dera Bugti, Jhal Magsi, Noshki, Nasirabad, and other Lasbela district regions. This is Zhob’s second cholera outbreak in a month. An earlier outbreak killed about a dozen people and affected hundreds more.