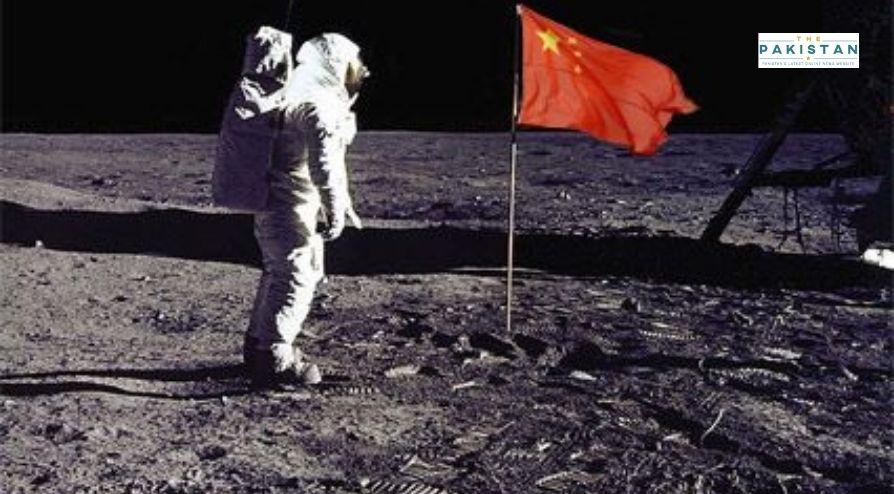 China has unfurled its flag on the moon through its Chang’e-5 probe. The flag is two metres wide and 50 cm long and has been made with a 1kg cloth that can withstand lunar temperatures.

“”Proud to have our national flag Flag of China unfolded on the moon, the #Chang’e 5 probe collected samples and took off from the moon,” said the Twitter handle of China’s official mission account.

“It will contribute to global scientific studies in fields such as the formation and evolution of the moon.”

“Sampling completed! After about 19 hours of work on the moon’s surface, Change-5 successfully completed robotic sample collection, and the samples were sealed and packaged,” Hua Chunying, a spokeswoman for China’s Foreign Ministry, said on Twitter.

According to the China National Space Administration (CNSA), the probe started gathering samples after its successful landing late Tuesday night, eight days after lifting off from Hainan in southern China on Nov. 24.

“Chang’e 5 is expected to work for about two days in a region to the north of Mons Ruemker, a mountain overlooking a vast lunar mare called Oceanus Procellarum, or the Ocean of Storms, on the western edge of the moon’s near side,” read a CNSA statement issued on Wednesday.

“It will bring about 2 kilograms [4.4 pounds] of lunar samples back to Earth in mid-December, 44 years after the last substances from the moon were returned to Earth,” the official press release noted.

Countries around the world have intensified their space activities as more and more government as well as private institutions have sought to send manned as well as unmanned aircraft into space.