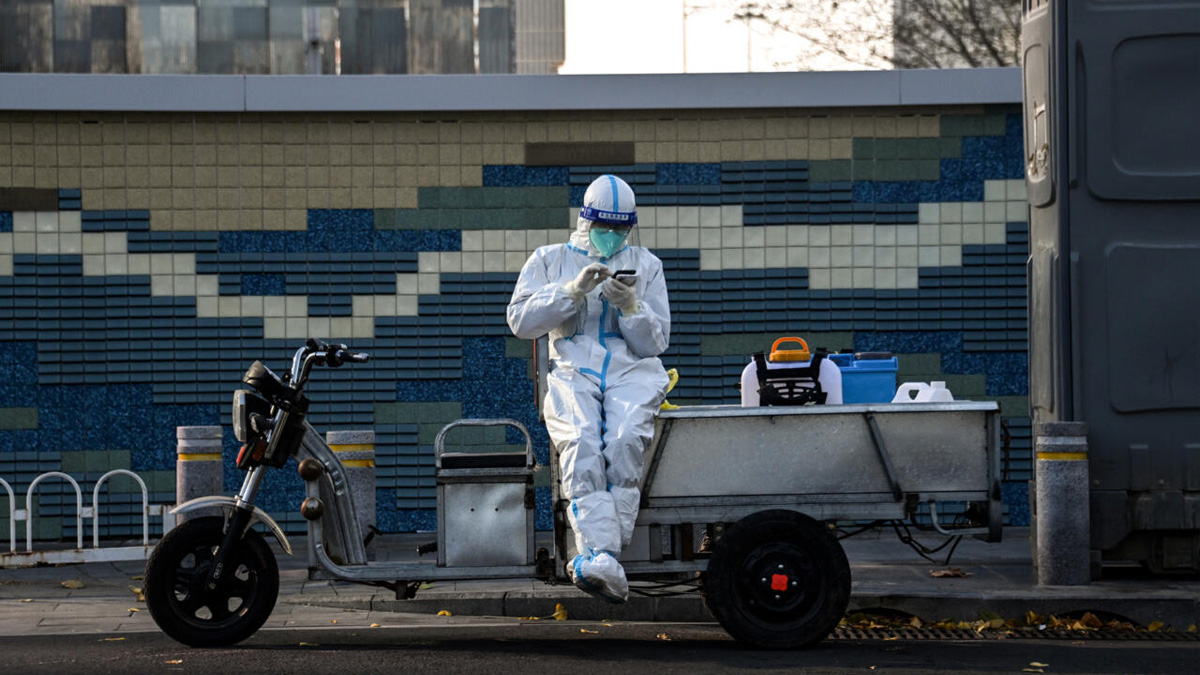 A significant step in the swift abandonment of the nation’s zero-tolerance coronavirus approach, China announced on Monday that it would stop supporting an app designed to track Covid-19 interactions.

After more than two years in existence, the state-run “Communications Itinerary Card,” which determines whether someone has visited a high-risk location based on their phone signal, will be discontinued at 12 am Tuesday, citing an official WeChat post.

In order to travel between provinces or enter events, millions of individuals had to input their phone numbers on the “Itinerary Card,” which was a significant component of China’s zero-Covid policy.

Only a few days prior, China declared the termination of widespread lockdowns, the requirement of quarantine in central facilities, and a general relaxation of testing restrictions, thereby abandoning its zero-Covid approach.

Although the number of officially recorded cases in the nation has significantly decreased from all-time highs last month, leading Chinese health expert Zhong Nanshan issued a warning in state media on Sunday that the predominant Omicron type was “spreading swiftly” throughout the nation.

The Use of Health Codes

The Itinerary Card was modified several times before a final revision this year decreased the tracking period from 14 to seven days. The Itinerary Card was first introduced in 2020 with a four-tier system that allocated different colours depending on users’ projected levels of Covid exposure.

The majority of individuals use regional “health codes” administered by their city or province to enter stores and offices, making it one of a variety of tracking apps that have dominated daily life in China throughout the pandemic.

However, social media users applauded the retirement of the Itinerary Card, pointing out the symbolism of Beijing removing its primary tracking programme.

Many people shared screenshots of their most recent logins.

Farewell to the App

On the platform Weibo, which is similar to Twitter, someone wrote, “Bye bye, this heralds the end of an era, and also welcomes a whole new one.”

Others questioned what would happen to the enormous amounts of data the app had gathered.

One Weibo user stated, “The Itinerary Card and other comparable items entail tremendous amounts of personal information and private data.” “I’m hoping there will be ways to log out and get rid of this.”

Hijjay.com for Urdu users – what’s the hype about?