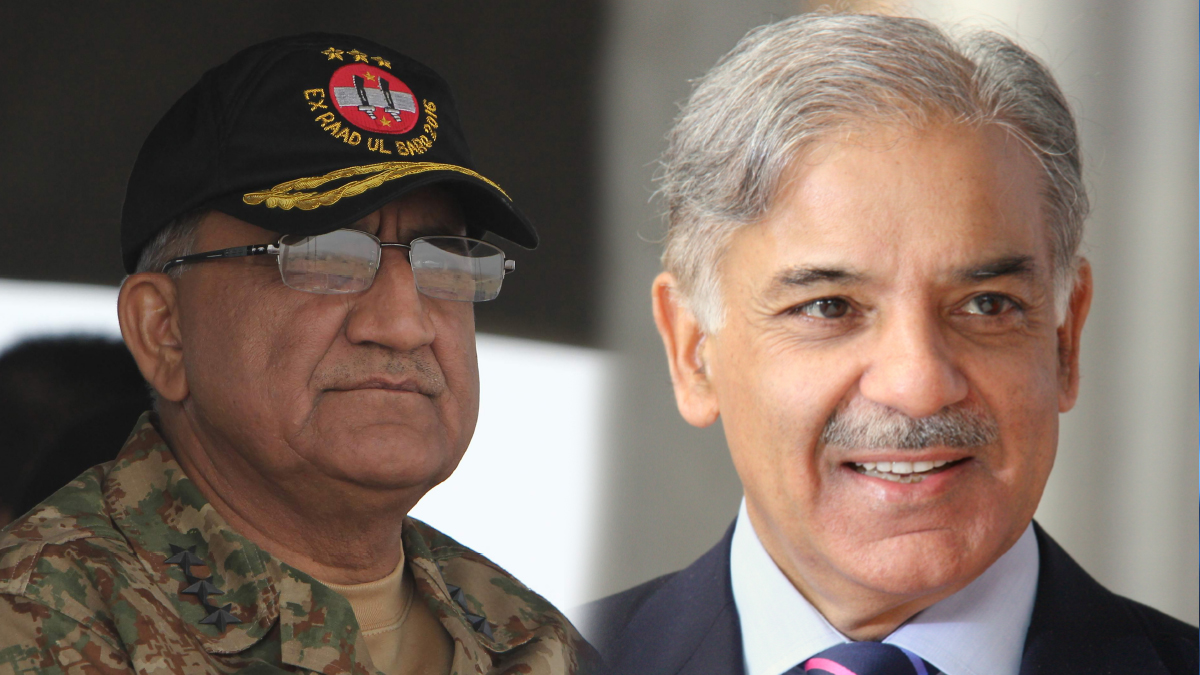 It was the first huddle between the two since PM Sharif took over as the prime minister last week. He became the premier following the ouster of PM Imran Khan via a vote of no-confidence in the lower house of the parliament. “Professional matters related to national security were pondered during the meeting” held at the Prime Minister House, said the PM Office. The statement was issued right after the meeting.

It is a common ritual for the services chiefs to meet the premier after he takes the oath of office, but those meetings didn’t take place during the past week.

It is pertinent to state that Gen Bajwa had not attended PM Shehbaz Sharif’s oath-taking ceremony. His absence from the ceremony had set off various speculations amidst a strong social media campaign by the government’s critics urging the chief to stay away from the oath-taking of the new prime minister.

Military spokesman Major Gen Babar Iftikhar, however, later explained at a conference that the army chief did not attend the oath-taking ceremony as he was feeling unwell. “He also did not attend office that day,” said Iftikhar.

A government source said the chief paid a courtesy call, wherein the challenges facing the new government were discussed, including the state of ties with the US and the EU, the economy, and the surging political polarisation in the country.