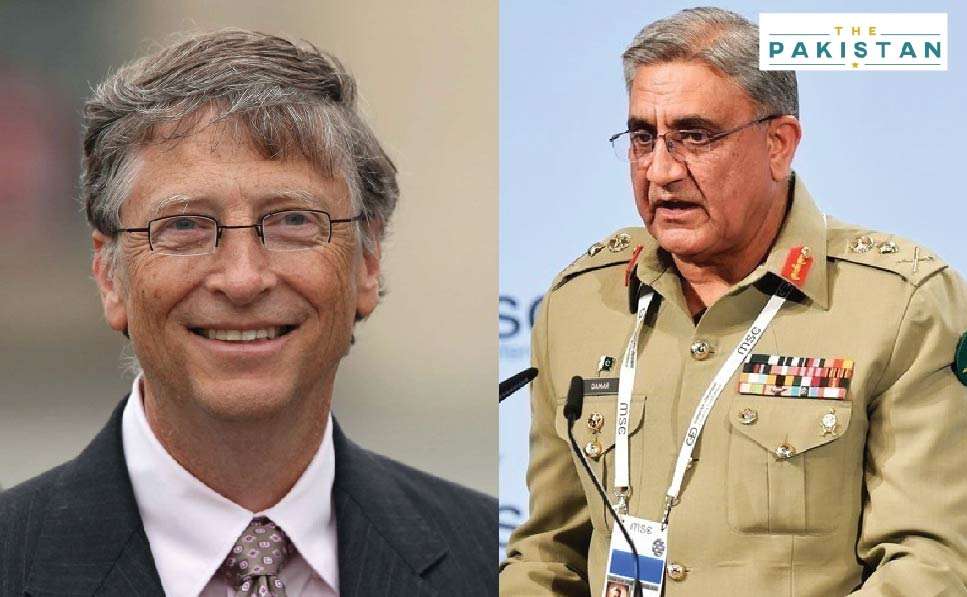 “Both also discussed the safe start and efforts needed to effectively conduct a polio campaign under COVID environment. Mr Gates also appreciated Pakistan’s success against #COVID-19 despite resource constraints. COAS attributed the success to a true national response executed through the mechanism of #NCOC which allowed optimisation of resources.”

“Mr Gates reiterated The @gatesfoundation ongoing commitment ‘to fight pandemics’ around the world & to support #Pakistan in its goals of ending polio and improving health for every child,” the ISPR tweeted on social media.

Recently, Bill Gates lauded Pakistan’s efforts in containing the spread of coronavirus in the country and appreciated the government’s effort in containing the virus. Speaking to CNN, Bill Gates said “Pakistan had a pretty bad peak in Karachi but now they look like Europe, the numbers have come down. India is still sadly in a growth phase as parts of South America.”

Gates’ foundation has funded major initiatives to eradicate polio in Pakistan. Afghanistan and Pakistan are a polio hotspot in the world as almost all of the positive cases are reported from these two countries. The vaccination has been very difficult to transmit as most of the conservative population in the affected areas consider it a unislamic.