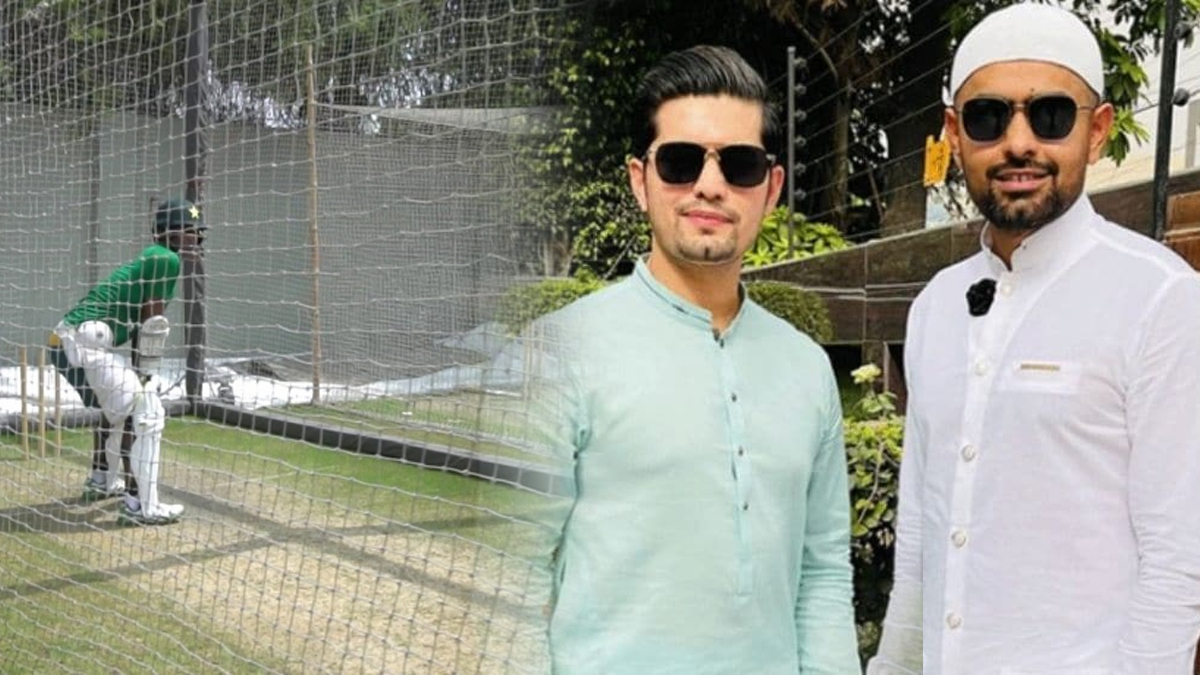 Pakistan captain Babar Azam is facing criticism for bringing his brother Safeer Azam for training at the National High-Performance Center (NHPC) in Lahore. Taking to social media before the conditioning camp, Babar’s brother Safeer shared some videos and pictures of him practising cricket at the NHPC with the Pakistani star cricketer training him on the field.

In one of the videos, Safeer can be seen batting against Pakistan pacer Shahnawaz Dahani.

However, as per official guidelines issued by the Pakistan Cricket Board (PCB), the state-of-the-art High-Performance Centre is available only to Pakistan players, first-class players or junior cricketers along with the staff with the permission of the authorities.

According to sources, the two brothers visited the NHPC a few days before the conditioning camp.

“Babar came to the centre three-four days back with his brother and this was before the conditioning camp had begun. And his brother later held nets which was brought to the notice of the board,” a PCB source told news Indian news agency PTI.

Authorities have affirmed that no Pakistan player is allowed to bring any of his relatives or friends to the HPC for practice. The source further stated that Babar was politely reminded of his mistake and told not to repeat it in the future.

“He is our national team captain and the matter was handled in a manner where he was politely reminded about the situation and he agreed,” the source added.

As the incident went viral on social media, it also faced criticism from several former cricketers including Tanveer Ahmed.

Meanwhile, Pakistan is all set to play its three-match ODI series against West Indies which will start from June 8 until June 12. Following this, the Pakistan cricket team will be travelling to Sri Lanka for two Tests in the month of July.

Karachi Police to use tracker bands to track habitual offenders