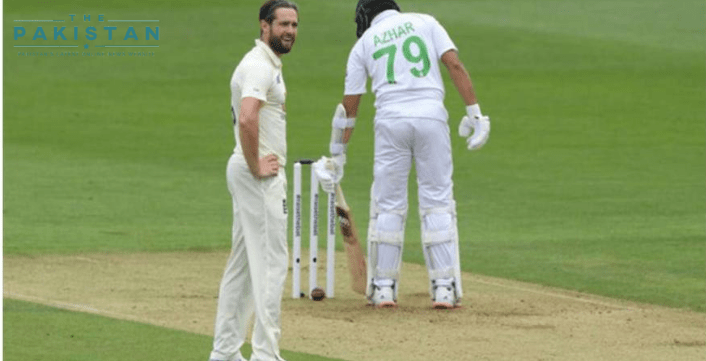 Pakistan captain Azhar Ali is optimistic and making a strong comeback in the third test and leveling the series after he was criticised for his lack of form on the pitch during the first two tests.

“Our batsmen are defying the tough [playing] conditions very well and our inexperienced bowling attack has also proved capable of bringing the opposition under pressure. Therefore, [I think] we are playing good cricket and hopefully we will win the third Test to level the series,” he said in a teleconference ahead of the third test.

“It was not easy to come back after losing a Test from winning position but the way our team fought back in the second Test was remarkable. With a high spirit they performed well in the second Test, dominating most part of the game,” he added.

“The players were hurt after losing the first Test but they accepted the challenge [in the second Test] and our bowlers also did well. We will try to execute the same performance to get favourable results in the third Test.”

“Yes our batsmen are not consistent in their performance but our strategy is to get a good total as a team. A couple of good knocks in each Test have helped us to earn decent totals which could put pressure on the opposition,” the captain added.

“Consistency in batting was not witnessed in the last series held between England and the West Indies [simply] because batting with consistency in English conditions is not easy,” he added.

“Shan Masood hit a century in the first Test while Mohammad Rizwan made a fine half-century under pressure in the second Test; Babar Azam is also in good form. Yes, as the team’s senior batsmen, I and Asad still have to contribute which we will do in the next Test,” he hoped.