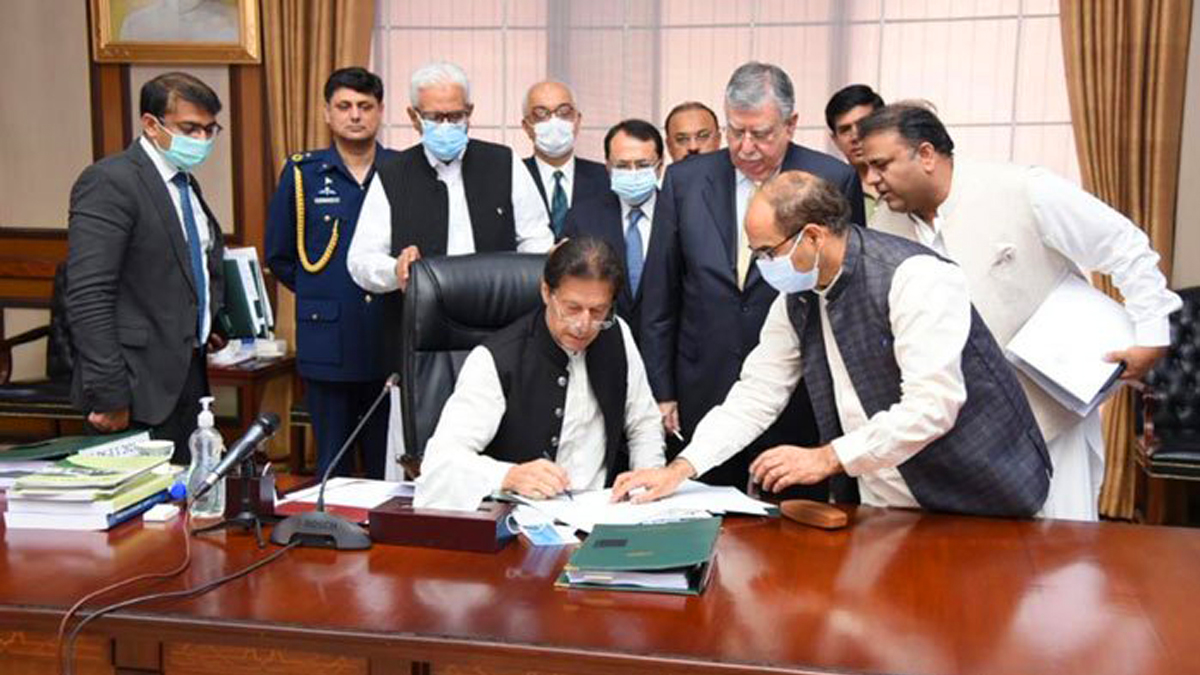 Finance Minister Shaukat Tarin tabled an Rs8,400 billion budget for the upcoming fiscal year 2021-22 on Friday. The government has brought forth a major tax relief for different sectors and ascertained the GDP growth rate at 4.8%.

Tarin, while presenting the budget, spoke confidently on the floor of the house amidst expected chants and sloganeering from opposition lawmakers. The size of the budget is about a trillion rupees more than last year’s budgeted expenditure.

The PTI government has certainly lived up to its promise of focusing more on development as Rs900 billion have been designated for the federal Public Sector Development Program (PSDP). This is 38 per cent higher than the prior two years of PTI’s term.

The budget also provides support to the salaried class as it does not impose any new taxes upon it. Similarly, to facilitate the growth of the small business owners, the annual turnover tax ceiling has spiked to Rs100 million from Rs10 million and the sales tax has been slashed.

Another positive from the budget document is the increase in the minimum wage to Rs 20,000 in order to account for the surging prices.

Taking into account the burgeoning prices of locally-prepared small cars, the government also has announced that vehicles up to an engine capacity of 850cc will be spared from VAT and that the sales tax on them is to be cut by 4.5 per cent.

Experts, meanwhile, remain divided on the budget. Several have lauded the special emphasis on the exports sector and the local industries while others are of the opinion that the prices of essential commodities, like flour and sugar, could have been reduced by 30%.