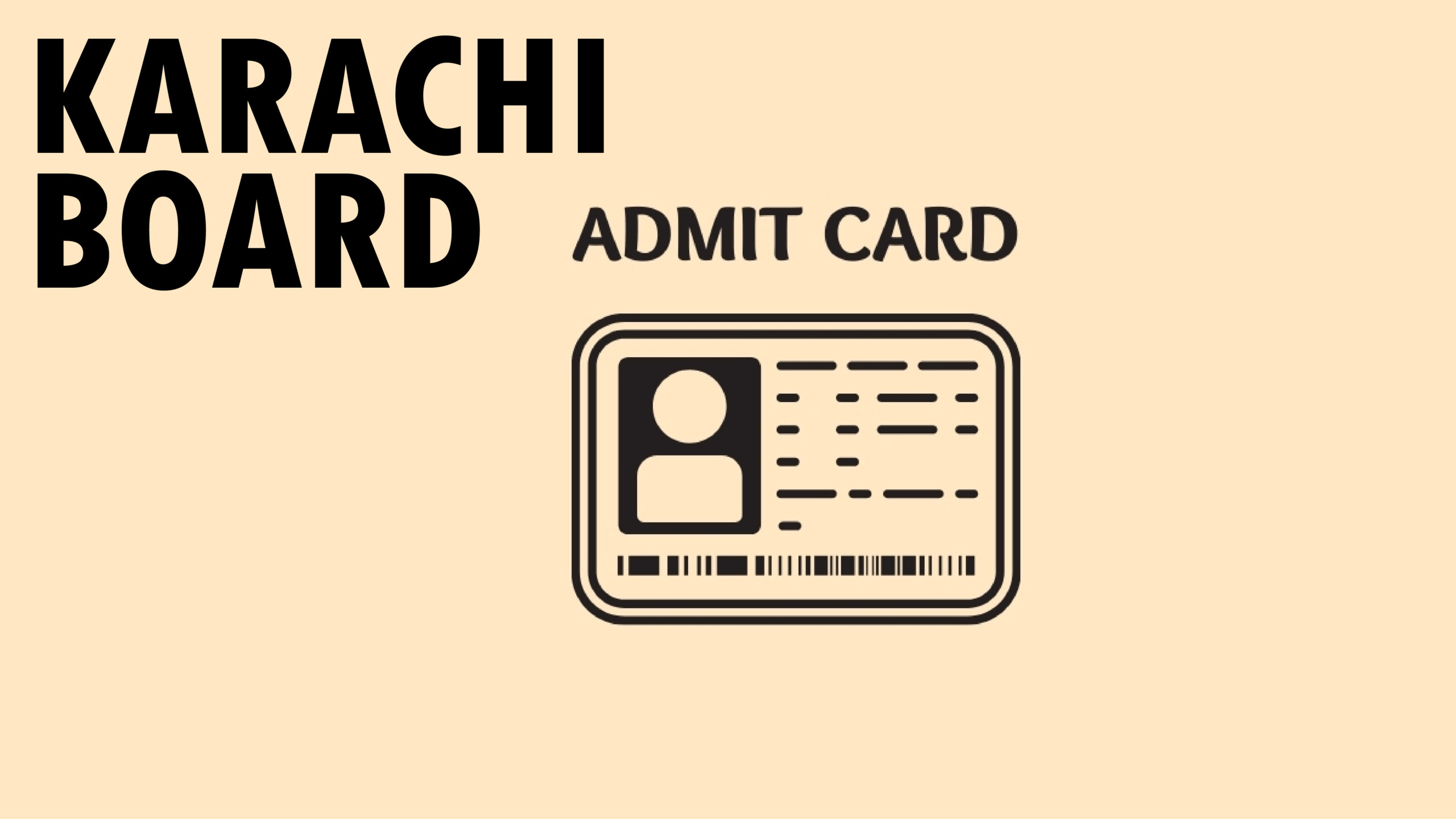 While making the announcement, the chairman of the education board Syed Sharaf Ali Shah asserted that the admit card of Science and General group will be issued starting at the end of this month.

The chairman stated, “admit cards of science and general group’s regular candidates are being issued right now. Date for issuance of admit cards for private candidates will be announced later.”

He also revealed the process of collecting these admit cards and stressed that there should be no rush in the whole process. The educator said that the representatives of the school can come up with the authority’s letter and a copy of their CNIC or office cards and collect the admit cards of scheduled dates.

The timing to collect the admit cards is from 9:30 AM and it will continue till 1:00 AM. It will be available at the conference hall located on the first floor from block B in the Matric Board’s office.

For other locations, later dates have been announced by the Chairman. The schools in Shah Faisal Colony, Malir, Bin Qasim, Landhi and Korangi can collect admit cards from June 3 and as for schools in Saddar and Lyari will be able to collect admission cards from the same date.

June 4 will be the date when school heads from Kemari, Orangi, Site, Baldia and Gadap can start collecting the admit cards.