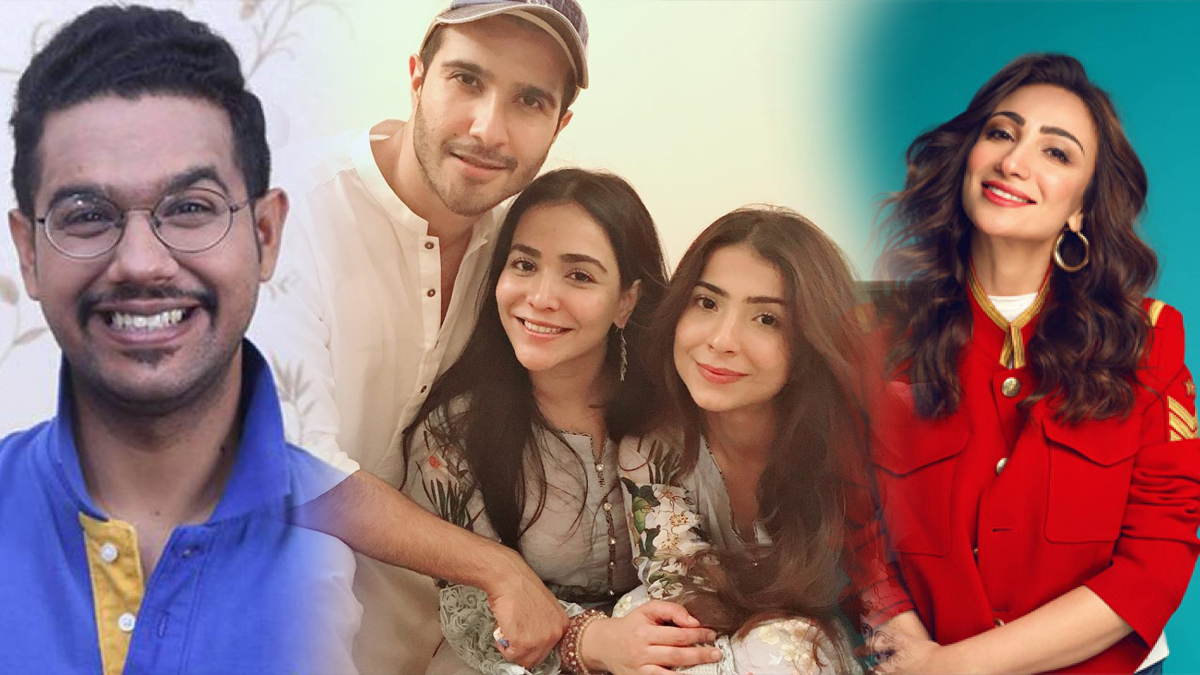 Numerous celebrities have come out in support of Feroze Khan’s ex-wife Aliza Sultan, who has provided emergency room reports and pictures of her injuries as evidence of abuse in a dispute involving the custody of their two children in a Karachi family court.

People, including seasoned actor Mishi Khan, have started criticising Khan’s sisters Humaima Malick and Dua Malik for remaining silent about the reports and images that have been making the rounds online. Responding that sisters shouldn’t have to “account [for] their older brother’s behaviour,” comedian Ali Gul Pir rushed to their defence.

The vocalist of “Cousin Dhazan” responded to Diva Magazine’s article on Mishi’s criticism of Dua and Humaima. The initial statement from the Aroosa actor was, “Actually, we don’t give a damn about your mysterious message. You may have intervened to stop another woman from being abused or tried to reason with your spoiled brat brother. Shame on you and your mentality. We are all there to support #alizaysultan,” Humaima wrote in reaction to the captions and her mysterious messages.

Sisters shouldn’t have to answer for their adult brother’s behaviour, Pir remarked in the comment area. minimising women in order to assist a man who is the accused culprit.

He acknowledged that victims needed to receive justice but denounced as “idiotic” those who persecuted women who happened to come from the same family as the suspect.

Anoushey Ashraf, a TV personality and RJ, concurred with him. “It’s difficult for them right now, regardless. The abuse and its victim should always be the main emphasis. Not all things are done for tat. One must put aside petty behaviour and set a good example. Ashraf stated in an Instagram story that “driving other women down to elevate another kills the point of the cause here.

She continued by saying that she is certain the sisters must be going through enough already and that, sometimes, keeping silent is the best course of action “in issues that hit so close to home.”

“Stop bullying people,” Pir was tagged in the statement by Ashraf, who assured him of her support in the matter.

More celebrities came forward to show their support despite his statement denouncing the reports and threatened legal action against those spreading “rumours.” Iqra Aziz, his co-star from his telefilm Dil Tera Hogaya, withdrew from their future project in favour of domestic violence victims, while Zara Noor Abbas said that “guys like Feroze who think they are the ‘selected’ ones must be denounced.”

How to Increase Team Productivity Tips

Top Movies to Watch In November