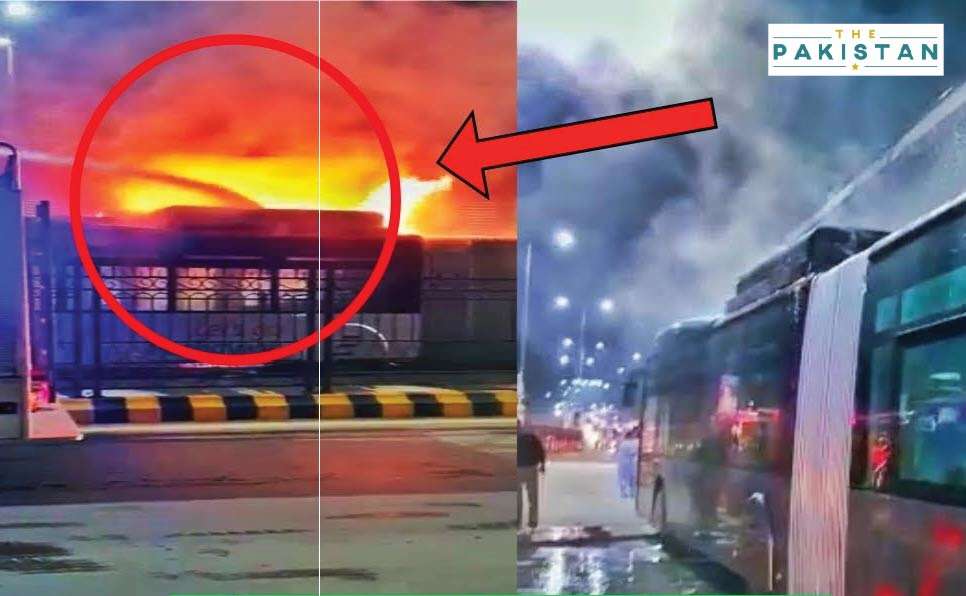 The Peshawar BRT has seen one controversy after the other. After getting delayed for months, the buses used for the transport system have deteriorated to the point that they have become risky for travel.

This week again, a bus caught fire in transit on one of the arteries as it had to be then dragged away through lifters.

Just a week into the BRT launch in August, a video showed one of the bus’ roof was broken and water was dripping inside it during a spell of rain. Later on, another BRT bus caught fire during the transit on one of the main routes.

The BRT project was launched by the Khyber Pakhtunkhwa government after PMLN launched BRTs in Multan and Lahore. The PTI had at the time alleged that the BRTs were extremely costly and took up too much time to get on the roads.

Subsequently, the PTI government in KP province launched the BRT claiming it could complete the project in record time and money. However, the project was delayed for more than 12 months as the provincial government failed to meet the completion targets within the budgeted amount.

As per the initial estimates, the estimated cost of the Peshawar BRT’s civil work — which included 27km track and stations, depots and ITS — was Rs32.863 billion. However, the cost later ballooned by almost 50 per cent to Rs52.446bn. The KP government had said that the expenditures incurred on the on parking plazas and off corridor facilities jumped from the projected Rs95 million to Rs320m.

In addition, the purchasing and dismantling costs of the older buses of the BRT had also risen from Rs1.068bn to Rs1.120bn.