Aitzaz Ahsan Stays by His Statement About Sharifs and Bajwa 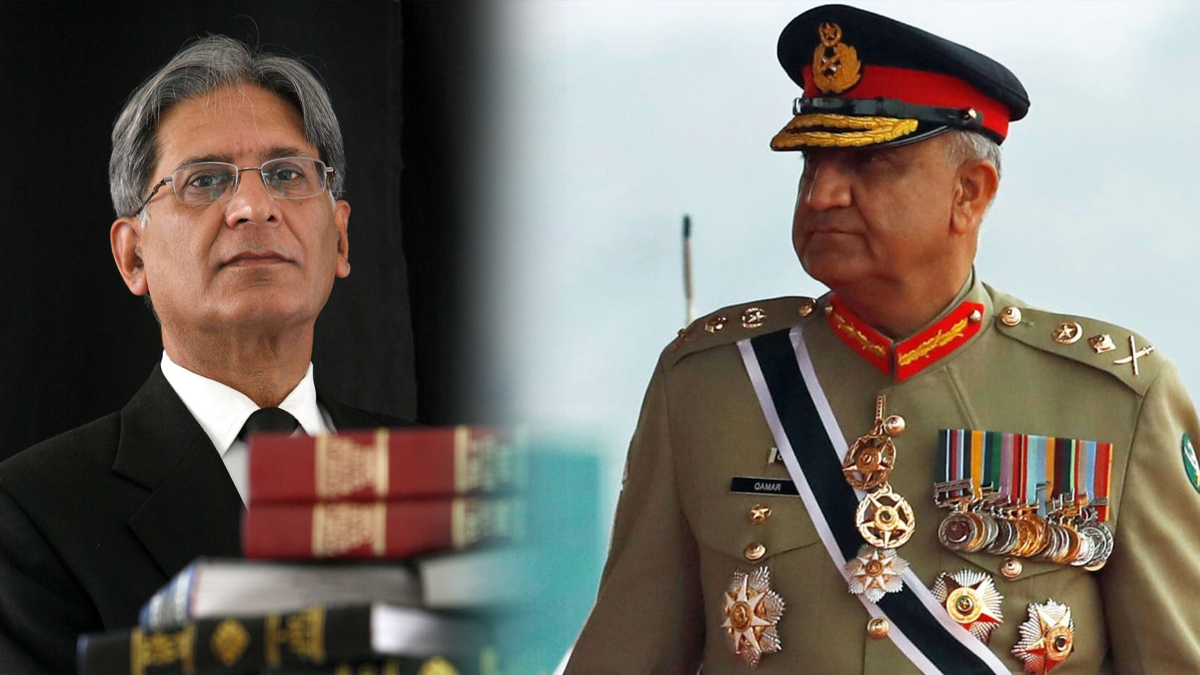 Aitzaz Ahsan, a senior PPP official, says he stands by the claim he made in a previous statement that Gen Qamar Javed Bajwa, the chief of army staff, has saved the Sharifs in a number of circumstances.

At a press conference he addressed here on Thursday to refute rumours that he was leaving the party to join the PTI, the former senator said, “I stand by my remark as I think that the institutions must not involve themselves in [power] politics.

He claimed that when he was in Lahore and Imran Khan was in Sargodha, false information was spreading that he was waiting to join the PTI in Banigala.

Particular Organisation was Spreading the Rumour

He claimed that a particular organisation was spreading the rumour that he would be named the caretaker prime minister by the PTI in reference to an audio leak in which he was backing the PTI leader.

He claimed that this organisation had produced his statement, in which he had claimed that Imran Khan may retake power within a month, as if to support the assertion.

The senior attorney claimed that he turned down Gen. Musharraf’s offer of the prime ministership in 2007 on the understanding that he would distance himself from the lawyers’ campaign to get Justice Iftikhar Chaudhry reinstated as Chief Justice of Pakistan.

Mr. Ahsan suggested that he disagreed with the PPP on a few issues when he noted that political disagreements within the party are commonplace because it is a democratic party.

According to him, the PPP is the only party in the nation that doesn’t play the “religious card” in politics.

He claimed to have no personal animosity toward the Sharifs in response to a query. Instead, he said that after Gen. Musharraf had declared martial law in the nation, he had defended the family when no other attorney was prepared to take on their case.

He recounted that when he told Mohtarma Benazir Bhutto that late Begum Kalsoom Nawaz had contacted him for the position, she had actually urged him to take it.

At response to a question, he stated that Imran Khan is a decent man and has been his neighbour in Zaman Park, where the press conference was held, for about fifty years.

He claimed that he had a lifelong relationship with the PPP as well and was unable to imagine ever stopping.