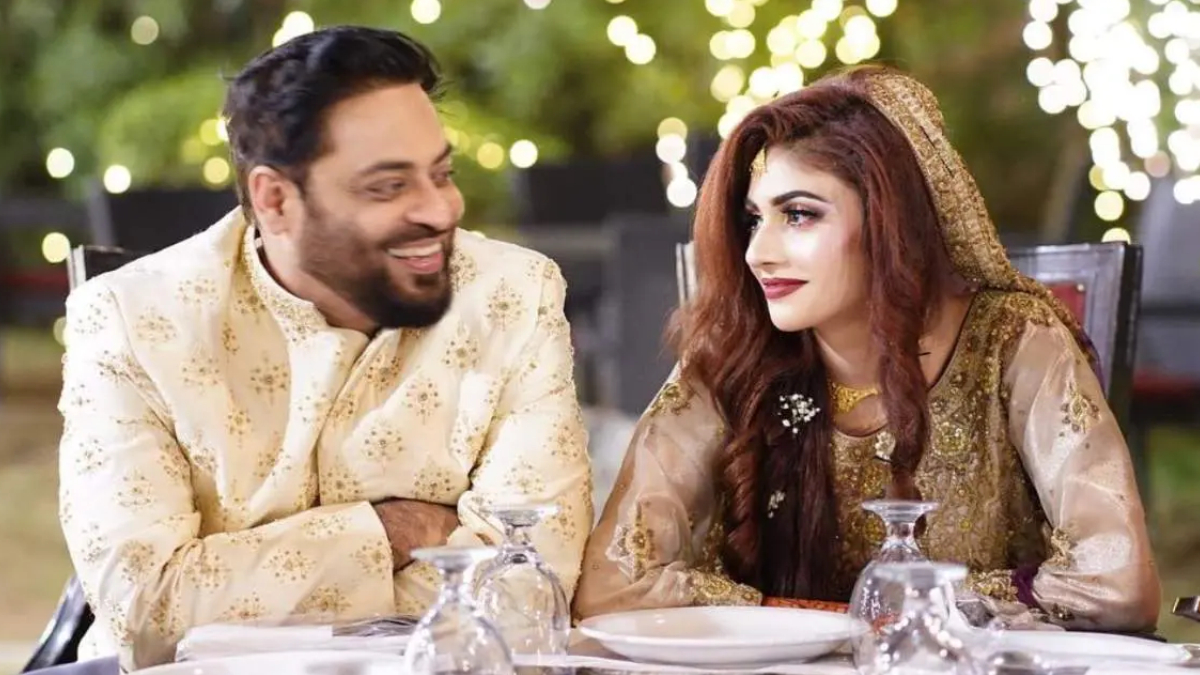 Aamir Liaquat loves to stay in the limelight. Be it his show or his weddings; people just keep talking about him.

Liaquat recently announced his marriage to 18-year-old Dania Shah. His earlier wife, Tuba, was also younger than him. He got criticized a lot due to the age gap between the newlyweds. The PTI MNA appeared on a TV show where he spoke about his marriage.

When the anchor inquired him of his views on huge age differences he had with his better halves, Liaquat said he wanted to teach values to the younger ones.

However, the comments did not go well with people, who started reminding him of the ‘immoral’ things he had done in the past.

The MNA and televangelist got married for the third time on Feb 9. The sudden news of his latest marriage came less than a day after his second wife (now ex) Tuba Anwar announced her separation from Aamir Liaquat. Ever since he got married to Dania, the newlyweds have been uploading intimate videos online. The TikTok videos show the 49-year-old cuddling up to his 18-year-old wife, lip-syncing to songs or them looking into the phone while lying in bed.

Various social media platforms have been flooded with their videos and the reactions to them have ranged from expressions of discomfort to displeasure overseeing the couple’s private videos on public forums.

On Wednesday, actor Ahmed Ali Butt posted an innocuous message on his Instagram about things that are meant to be private.

“When people post videos from the privacy of their bedroom, remember that they invited the whole world in. Just don’t complain if they don’t leave,” he wrote. It is pertinent to state that Butt did not tag Liaquat but that indicated that his post had something to do with Liaquat or his marriage. Taking a jibe at the actor, Aamir Liaquat asked Butt to give him the password of his brain so that he could install some sense.