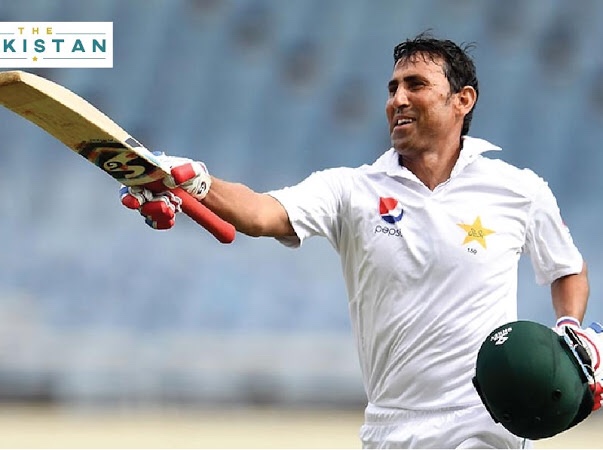 Pakistan’s batting coach Younus Khan said he is betting on the batsmen to score big runs during the series against England as he was confident that Pakistan’s batting line-up had what it takes to give a tough time to English bowlers.

He made these comments while speaking at the SBP’s media conference.

“Insha’Allah our team will put up a strong show in the batting department to post big totals despite the fact Pakistan have a rather inexperienced line-up. But Azhar Ali, Babar Azam, Asad Shafiq, Shan Masood, who have all played previously in England are capable of big scores.”

“I remember sharing a big partnership with Asad with both of us scoring hundreds [during the Oval Test in 2016]. I expect more partnerships from the Pakistan batsmen on this tour.”

“I want to see Asad get big scores like Younis Khan and Azhar as Misbah-ul-Haq. Once they reach 100, they must not think that job is done. I want them to convert 100 into 150 and so forth.”

Highlighting Asad Shafiq’s failure to remain consistent in the game, Younus said “He has made 12 Test centuries but hasn’t progressed beyond 137. Being one of the senior players, Asad somehow struggles to concentrate after crossing three figures and I want him to rectify that shortcoming.”

“Given his form in the last couple of years across all formats, I make sure not to put Babar under unnecessary pressure but the high expectations mean he’s has to absorb the pressure. I think he has realised the immense value he brings to the side. It’s natural when a player like Babar doesn’t score, the team struggles. The onus, therefore, is on others to score heavily, including the lower-order batsmen.”

On the other hand, England’s bowler Stuart Broad just became the seventh bowler in the world to take more than 500 wickets in the third test against West Indies.