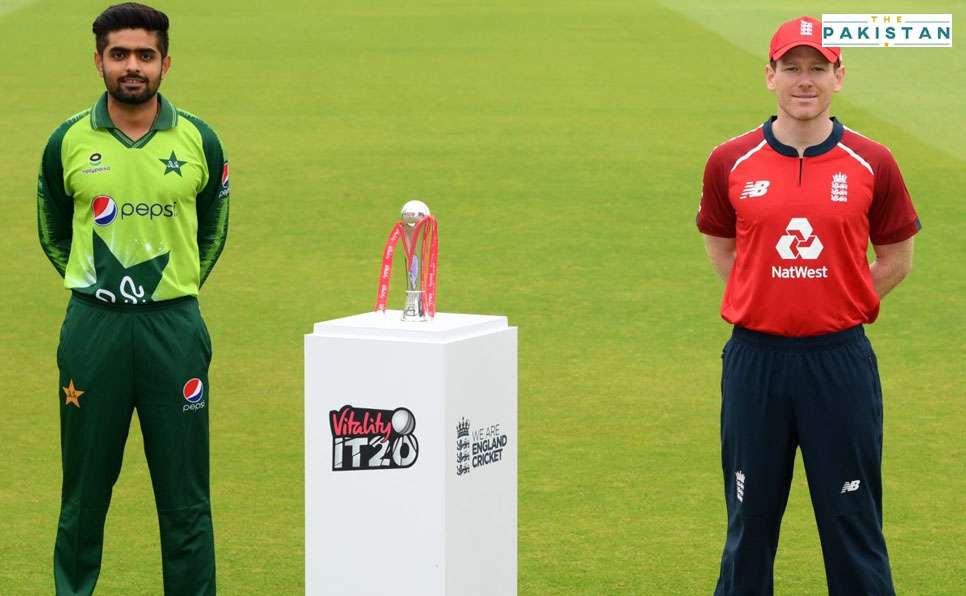 After losing one test and drawing the remaining two matches with England, Pakistan is poised to finish the England tour with a band as the squad gears up for the first T20 match on Friday.

“Admitted that England will be fielding a totally new look team and even Jason Roy will not be there, yet we have to play very well to beat one of the top-ranked T20 teams. We never take the opposition lightly and that will be our strategy for the series against England during the series,” the T20 Captain Babar Azam said in a virtual press conference ahead of the match.

All three games will be played at the Old Trafford, Manchester.

A three-nil win over England will see Pakistan jump to the second spot in the ICC Men’s T20I Team Rankings.

Currently placed at four, Pakistan will be looking to get close to the top position, which they lost earlier this year after the annual rankings update on 1 May. Pakistan were the number one T20 team for over two years during which they had a stretch of 11 consecutive T20I series wins.

The two veteran all-rounders Mohammad Hafeez and Shoaib Malik will be eying some records in the series.

Malik needs 216 runs to replace Martin Guptill (2,536) as third highest run-getter in the format. If he does it, he would be only behind Rohit Sharma (2,773) and Virat Kohli (2,794) in terms of runs, the PCB’s statistics report showed.

Meanwhile, Hafeez (1,992) needs eight runs to become only the second Pakistan batsman and ninth in the world to reach the 2,000-run milestone. If he gets there, he would also become the first player in Men’s T20Is to register a double of 2,000 runs and 50 wickets.