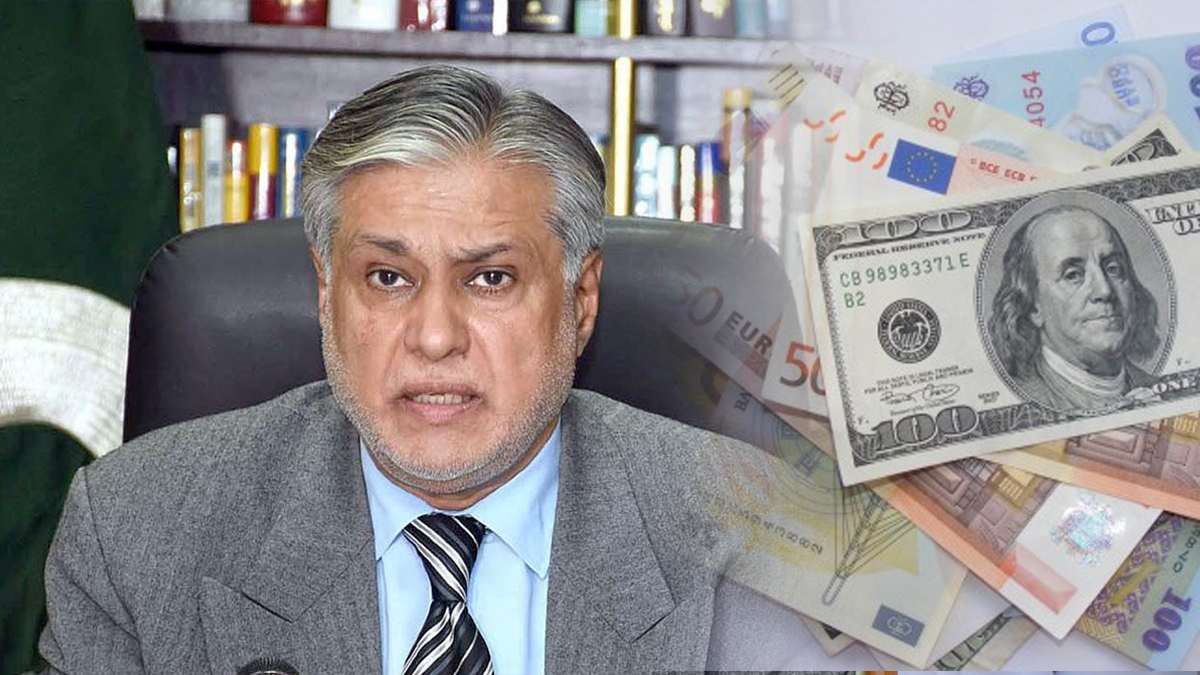 In order to resuscitate the economy, Ishaq Dar, the finance minister, stated on Wednesday that increasing the value of the rupee will be his top priority, followed by lowering inflation and interest rates.

The fourth time Finance and Revenue Minister stated no one would be permitted to manipulate the currency rate while speaking to press outside the ministry office after taking the oath of office.

He said that he was aware that certain speculators were playing this game and advised them to quit right away, saying, “This is not the appropriate spot where the rupee stands at the moment.” He expressed his happiness at the fact that speculators had already made adjustments in just two days and that the value of the rupee had increased, reducing the debt by billions of rupees. “The investors should choose the appropriate course of action. My first priority is to increase the value of the rupee. Then, in order to stimulate the economy, we must lower interest rates and reduce inflation.”

He said that there were guidelines for how central banks might intervene in the market across the globe. In response to a query, he stated that the claim that the PML-N government burned money in the market to control exchange rates was a big fiction. He remarked, “There was no money; how could one hurl dollars.”

Dar Lashes Out at PTI

According to Mr. Dar, the PTI government’s manipulation of the value of Pakistani currency over the past four years has generated inflation, which has raised interest rates. According to him, Miftah Ismail’s predecessor put a lot of effort into things based on his experience, but the economic conditions couldn’t be improved in such a short period of time after four years of destruction. He claimed that “he did everything he could to ensure that the country moved away from default” and added that he would build on those achievements with teamwork.

“Pakistan is currently experiencing the worst economic conditions in its history as a result of four years of mismanagement under the government of Imran Khan,” he said, adding that what Mr. Khan has done to the country could not even have been done by Pakistan’s adversaries.

The finance minister claimed that the PML-N government, led by Nawaz Sharif, had led the nation out of crisis following the nuclear tests of 1998 and again in 2013, when Pakistan was labelled as a “macroeconomic unstable country,” and had put it on a course that would see it become the 18th-largest economy by 2030, according to international organisations.

Imran calls for cipher’s release, PTI ‘happy’ with own leak