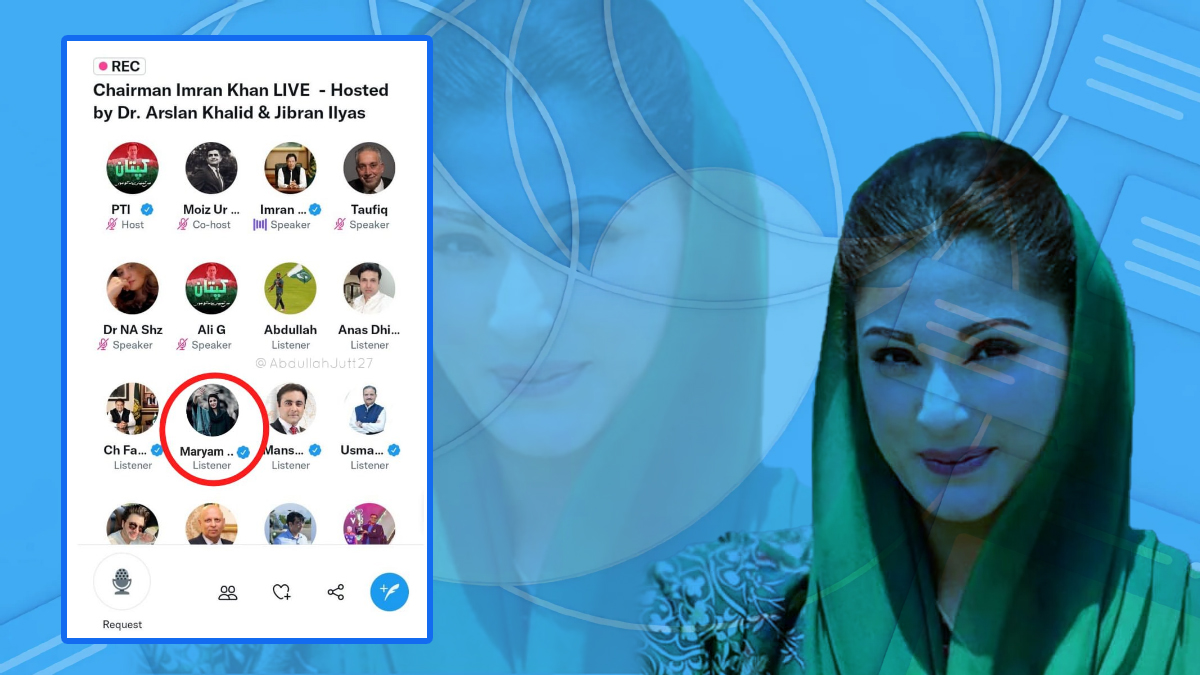 A screengrab showing Vice-President PML-N Maryam Nawaz, besides others, listening to former prime minister Imran Khan’s Twitter Space is making the rounds on the internet.

The ex-prime minister broke all the records during his opening Twitter Space session with nearly 165K people listening.

Sharing the screengrab of those listening to the PTI chairman, ex-deputy speaker Qasim Khan Suri highlighted the picture of Maryam Nawaz to show the PML-N leader present during the session.

Within hours the image went viral on social media; however, Maryam Nawaz’s Political Secretary, Zeeshan Malik, said that the screengrab was “fake.” He added that the PML-N vice president never attended the session addressed by Imran Khan.

He replied to a tweet asking whether the photo was an original screengrab or fake.

Fact-Check Pakistan also declared the screenshot as fake. They shared an update on Twitter, saying: “Following former PM Imran Khan’s Twitter space some accounts of PTI supporters circulated a screenshot showing PML-N’s Maryam Nawaz as one of the listeners – this screenshot is doctored/fake – Ms Nawaz did not attend, a source in her staff confirmed to ⁦@PakistanCheck.” Prior to this, Maryam’s Political Secretary clarified that the screenshot was “fake.”

Where is Dua Zehra Kazmi, the missing girl from Karachi?