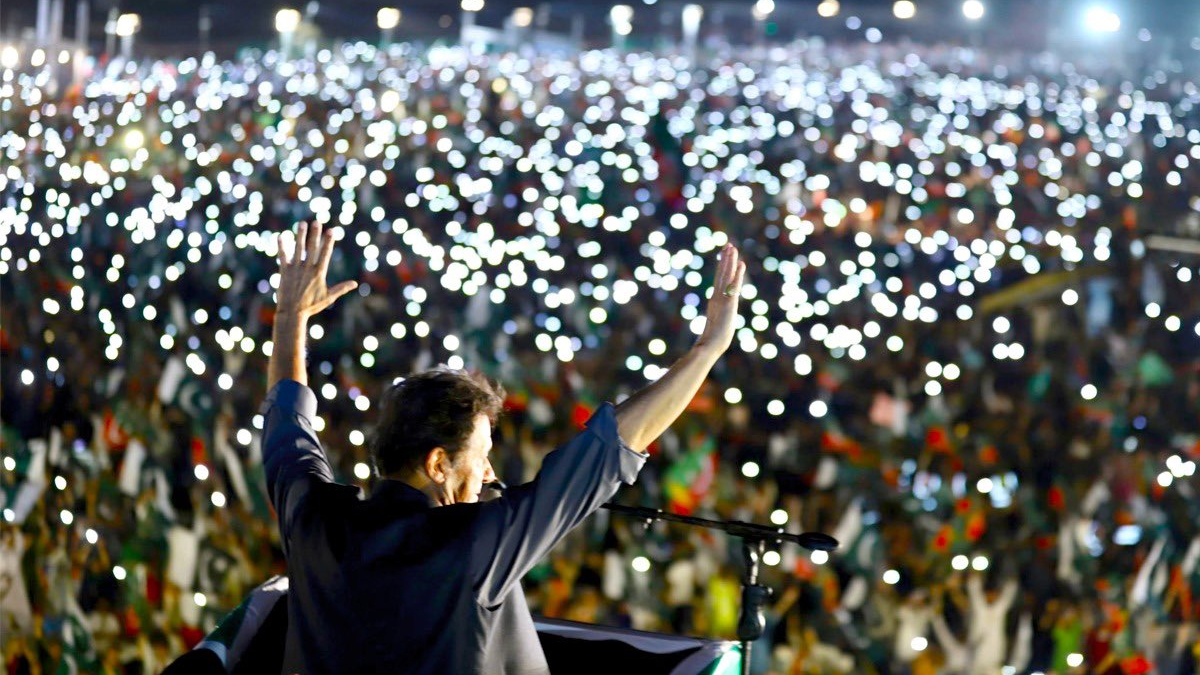 Pakistan Tehreek-i-Insaf (PTI) chairman and former prime minister Imran Khan indicated Thursday that his next stop would be Islamabad – the national capital. During his party’s power show at Minar-i-Pakistan in Lahore, Khan urged his supporters and party workers to wait for his call.

Khan said his rivals were wondering what would happen after his Lahore rally. “My message to them is that the actual party has only just started.”

“We would never want to hurt our country. However, I want to make it clear that we won’t accept this imported government at any cost. This movement will only gain momentum,” Khan said as he reiterated his demand for fresh elections.

Khan alleged the Chief Election Commissioner (CEC), Sikander Sultan Raja, of holding biases against the PTI, claiming that his siding with the PML-N was so obvious that “he should be given an office position in the party.”

“I challenge the ECP to dare and listen to our cases collectively. All of the masses know who collected money through proper channels and who does it via illicit means.”

Earlier, Khan said: “Lahore, thank you! No matter how much I thank you guys, it can never be enough. I had an idea that you guys would not disappoint me. I’ve not addressed such a big crowd.”

The former premier continued: “Now you all know what a selected government means. It is placed atop after from abroad and is afraid of elections. In any situation, I will not accept this government.”

PM Khan defended his conduct in the Toshakhana scandal, stating that everything he bought was on record.